U.S.A. –-(AmmoLand.com)- Companies selling 80% receivers and other homemade firearm parts have been getting uncomfortable calls and questions from their credit card firms and payment processors. Their ability to process payments could soon end, they’re being told.

Grid Defense, formerly Ghost Firearms, which is located in Daytona Beach, Florida, got a call from their Mastercard payment processor Wednesday.

“We were told we may be violating some of their policies regarding ATF’s new frame and receiver rule,” said TJ, co-owner of Grid Defense.

To be clear, he does not blame their payment processor or even Mastercard. He blames the ATF for not providing accurate and timely guidance. Of course, his biggest concern is what will come next – when will the ATF tell the financial industry that ARs or even ammunition should not be purchased with credit cards.

“The ATF is not being clear about their frame and receiver rule, which went into effect last month, so they’re causing private companies to be confused about their ruling, and it is going to negatively effect this industry,” he said. “The ATF likes to muddy the waters with confusion, and it’s starting to effect American commerce and the Second Amendment. I hope these large financial companies choose to support the Second Amendment. If they don’t and the ATF will muddy the waters over unfinished receivers, what will be next?”

For his business, the frame and receiver rule is relatively simple, TJ said. The 80% AR receivers he sells do not come with drilling jigs or finishing instructions. As such, they’re considered an unfinished receiver and not a firearm.

“As far as the federal government will tell you – the ways they’ve described the rule – unfinished receivers without a jig or finishing instructions remain fully legal and not a firearm,” TJ said. “Nothing has theoretically changed since the way business was done previously, with respect to the aluminum 80% AR-type receivers.”

“The ATF is not answering those, which is causing private financial companies to react even though it’s not necessarily the law, because of the ATF’s unwillingness to give further guidance on the matter,” TJ said. “We are fortunate. We believe our payment processor is 2A-friendly and that they are on board with disputing allegations that we are violating the rules. We have worked with them, but we believe Mastercard may not understand it and is not getting the correct guidance from the ATF.”

Grid Defense has reached out to other businesses offering similar products and was told they, too, are being questioned.

“We can still sell and ship products to customers. We can still do it,” TJ said. “There’s no reason we’re not allowed to take payment processing for them.”

ATF Public Information Officers in Florida did not return calls seeking comment for this story.

This story is presented by the Second Amendment Foundation’s Investigative Journalism Project and wouldn’t be possible without you. Please click here to make a tax-deductible donation to support more pro-gun stories like this.

Wasn’t it not too long ago we were whining about “Bump Stock” ban! Elections have consequences.

Yes, the marxist socialist democrats and their rino allies depend upon us having short memories. They have given us the current, and soon to get worse, recession to keep our minds off things.

I hope the recession changes minds because of what it is doing to WE THE PEOPLE and especially who caused it and that woke WAKE UP.

I was so happy with the actions of the elite and all the crying yesterday when Marthas Vinyard finally got a taste of real America. Only a moron and one of that crowd would buy their B.S.. It’s so obvious that there are two Mericas now especially after the ruling by DOJ with Hunter and all the anti Merican things the stolen election liar and thief in office is spewing.

One response to this foolishness would be to take a page from NY’s unelected Governor Hochul’s playbook and start the shift to a 75% finished receiver/frame.

Hopefully that would throw the BATFE into another rewrite/comment cycle.

Or people could just cut to the chase and start working with 0% finished lowers, i.e. an aluminum billet.

That is a great idea!

I like your idea too but I am getting tired of all the hoops that constrain us and having to come up with new ideas and ways of doing things to stay legal. I say, enough is enough and we need to rein in our government and make permanent changes that will be with us forever that will bring us back to what the constitution was and is supposed to be and not what they have changed it too and stop what the left is attempting to do to eliminate it. I almost died last month. For some reason that… Read more »

Ronald Reagan did not defeat the Soviet Union. What he did was show Gorbachev that it was not possible for the USSR’s bureaucrats to change and update as fast as the USA could. A system rigidly controlled by bureaucrats simply cannot innovate as fast as one driven by individual initiative. That is where Gorbachev’s pivot to “Glasnost” and “Perestroika” came from. And the USSR failed because the bureaucrats couldn’t cope. Consider for a moment how long BATFE held on to the previous definition of “receiver” which did not fit the AR15 platform at all, even being willing to drop criminal… Read more »

Actually, he didn’t show Gorbachov anything…

On the way back to the airport, Gorbachev, insisted that he stop it a certain grocery store… He did… He saw what an American grocery store was..and that’s what did it.

Thanks for the response. You look farther ahead than me or you believe the stuff we watched when we were kids is happening much quicker than I do. Taking your last line into consideration, you are right. When I was young, I watched star trek and they were transporting all over the place. Scientists said that was whimsical thinking and could never happen. Yesterday they announced on the news that they found new information that it is actually possible and we need to keep working on it and it will happen. I watched a movie not to long ago about… Read more »

Aluminum 80 % lowers never came with drill bits and jig but the poly ones did that I saw purchased . A CNC machine will cut the Aluminum without a jig . Freedom loving American will not be Infringed upon by FJB or the criminals at the ATF .

The BATFE is stonewalling, by refusing to provide clarification. This is similar to a question I asked an ATF agent years ago about how he measured barrel length. He said he’d close the bolt, drop a rod down the barrel and mark the rod at the barrel end; then removed and measure it. I said, then you’re measuring the chamber too not just the barrel length. He replied “you asked me how I measure barrel length. There is no guidance on exactly how to measure a barrel. So this is how I do it!”

That’s pretty interesting….He is/was not too bright either.

Bill … As you say that measures the chamber two . But that could be to your advantage if you had a marginal barrel length .

Obviously, the Harris/Biden crowd will contend that this is not infringement. Just like they do anything else that is anti-firearm. All things that are against the 2nd amendment and/or in favor of Hunter Biden, are sanctioned by the current administration. Ten-Four?

IS WHAT TYRANNY LOOKS LIKE. We just await for the ATF to start caging and/or murdering people over it.

Obviously we as americans have failed ourselves and our children for it to get this bad. Dark forces install a

Last edited 13 days ago by RepealNFA
4

The alphabet networks are the propaganda arm of the Democrat party!
Until they start reporting the news and not their opinion we MAGA republicans are fighting uphill all the way.
I believe that when congress passes a law and the Supreme Court rules it unconstitutional the folks that voted for the law should spend some time in jail
New York and Maryland are defying the new ruling on the 2cd amendment some body should spend time in jail for that

Last edited 11 days ago by swmft
0

But TJ, will UPS pick up your packages and deliver them?

I hear ya. *Some guy I know says his Drill em & Kill ems identify as bars of soap.

…damn we need a CAV 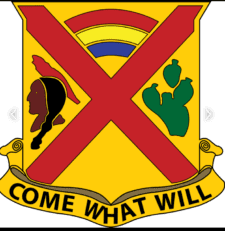 Sorry but isn’t it the CREDIT CARD COMPANY, that is going along with this?? If they are, then, THEY ARE TO BLAME!

BATF makes up new rules and uses Administrative Law to legitimize them and enforce them. They, and all other Federal Agencies who use Administrative Law, are out of control and violating the Constitution as only Congress has the authority to make law, and Congress cannot authorize any other government branch or agency to do so.

they use civil procedures for criminal law something that is prohibited , scotus touched on that in epa but atf doubled down knowing their time is coming

I live in Florida and have a small group of other Patriots..Called Brevard Patriots and we’d like to get more involved

Last edited 13 days ago by Btray62
0
AmmolandTV
View All
Editor’s Pick
Recent Comments
wpDiscuz
We use cookies on our website to give you the most relevant experience by remembering your preferences and repeat visits. By clicking “Accept All”, you consent to the use of ALL the cookies. However, you may visit "Cookie Settings" to provide a controlled consent.
Cookie SettingsAccept All
Read More
Manage consent