The 5.56 models feature plenty of premium options out of the box, such as an ambidextrous selector, a 2.5-pound CMC drop in trigger, a sub MOA barrel, and Magpul accessories.

Red Arrow Weapons partnered with a select group of U.S. Special Forces operators to develop firearms that are both functional and dependable when it matters — all at an incredible value.
To learn more about Red Arrow Weapons and browse the full lineup of products, visit www.redarrowweapons.com.

About Red Arrow Weapons
Red Arrow Weapons was started by hunter and outdoorsman, Kip Campbell. Host of the multi-network, multiple award-winning Red Arrow TV show, Kip is the perfect example of the work hard, play hard, Made in America type- AND he’s always had the highest standards when it comes to his equipment. That’s why each rifle RAW produces is designed to his exact specifications. Available in .223/5.56, .308 Win, .300 BLK, and 6.5 Creedmoor, you won’t find an AR-style rifle that comes out of the box with a better fit, finish, and functionality than those from Red Arrow Weapons. 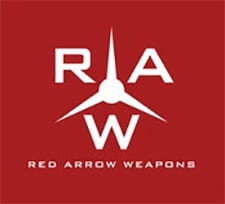