Upper Marlboro, MD –-(Ammoland.com)- There was a time in American history when segregation was legal.

In our past separate but equal was even an accepted concept. Race is still a delicate subject in some circles but what is worse is ignorance and it is insulting when politicians and “authorized journalist” promote that the right to keep and bear arms as only a “white man’s” concern.

The Second Amendment portion of the Bill of Rights is for all Americans regardless of race or political affiliation. Some people still think that the only group that cares about gun rights is white republican men. Those that spread this meme continue show their ignorance of our inalienable rights.

This inherent prejudice is what make it “funny” that I use the moniker, “Black Man With A Gun.” The reality is when it ceases to be amusing, we will all be better off as a nation.

The Second Amendment and the US Constitution isn’t about guns, it’s about freedom. That freedom is for all Americans not just whites only.

Celebrate Otis McDonald
This week I am celebrating the accomplishment of a person that made history that is still living. This American of African descent lent his face, name and reputation to the gun rights struggle. His name is Otis McDonald. He’s close to eighty years old now and takes his place in history with Cruikshank, Presser, and Heller in the gun control argument.

At the direction of his attorney he walked into the Chicago Police Department and applied for a permit to purchase a .22-caliber Beretta pistol, a step required in Illinois and in many other sates, setting a lawsuit into motion that went all the way to US Supreme Court.

He is a sweet heart of a guy. He is a Christian man. He like many of my family came from the South for work during the Great Migration. When he was 17 he left Louisiana for Chicago working a number of blue-collar jobs, marrying and living on the city’s far South Side where he bought his home in 1972.

It is still taboo in the majority of black community to advocate the right for the right to keep and bear arms and public firearms’ training is not easily accessible or allowed in most of the urban areas. Something that could save our children, our families and our own lives is not provided. Instead a reinforcement of fear by anti-gun politicians and anti-gun groups, that take advantage of this ignorance of the right to keep and bear arms, then use the acts of criminals as examples for the need for more gun control.

Whenever you hear of training being done or when you seek it out it is usually from college educated, affluent, prior law enforcement, military or those from the rural areas of the country that have been taught the traditions of hunting, and responsibility from their family.

Otis McDonald is a living part of American History. He has overcome segregation, discrimination, racism and more. Today, he may not be as celebrated in his own community as Rosa Parks, but he has all the qualifying elements and is held in highest regard by me.

He is still an unknown in his own community but you and I know differently. Celebrate it with me and give thanks for a man like Otis McDonald.

Kenn Blanchard is a contributor to AmmoLand Shooting Sports News and Producer of the Urban Shooter podcast. In addition, Kenn Blanchard is a pro-gun media producer & marketing professional that helps small businesses by providing information, entertainment, inspiration and support to the sport shooting community through blogs, voice-over, podcasting and professional speaking. Visit: www.kennblanchard.com 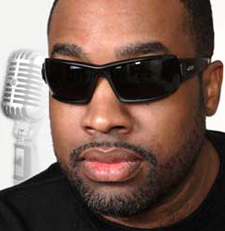 Very nicely done, Reverend Blanchard. I'e been reading your columns for years. As to the issue of race, why is it that the overwhelming majority of voting black Americans continue to vote democrat? The democrat party has done almost irreparable damage to black society, moreso than any other racial group. For decades, they have promised black America the moon, while actually keeping them bound in the terrible chains of dependency. I am all for giving someone a hand UP; I'm damned sick of having the fruits of my labors confiscated to give HAND OUTS. Please convince the black community to… Read more »

joe
Reply to  Tsgt B

If we'd had people of Otis' calibre here in the UK, then I doubt our rights with regard to firearms would have been so severely proscribed.

The outcome of his actions is proof that one should always persevere when on the side of Right.

Kenn, Thanks for writing this article and acknowledging Mr. McDonald's contributions to the 2A, as well as American History.

The Illinois FOID card was passed by WHITE LIBERAL RACISM! In the summer of 1965 a group of Black men on the South Side of Chicago armed with guns purchased through the mail stood their ground in defiance of police brutality. That act caused a level of fear that opened the door for Mayor Daley and Governor Otto Kearner to force gun control down the throats of Illinoisans. In the end the FOID card was a compromise between the State and the NRA as a way to head off an even more draconian level of gun control. Today there is… Read more »