A newly launched seminar will be conducted in January 2014 to teach Detroit citizens about lethal force. 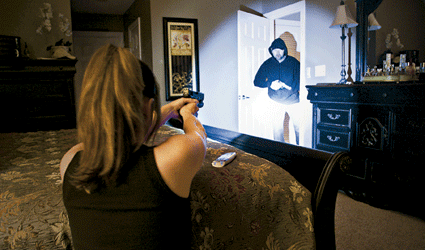 Detroit, Michigan – -(Ammoland.com)- A seminar entitled, “Lethal Force Seminar: Laws All Gun-Owners Must Know,” seeks to both capitalize on the nation’s interest in high profile self-defense cases and teach interested citizens about the firearm laws they need to know.

It will explore and delve into many legal theories that were either relevant or explored in the George Zimmerman/Trayvon Martin Case, the Marissa Alexander “Florida Warning Shots Case,” or the Dearborn Heights, MI Renisha McBride Case. Topics to get special attention are Lethal Force, Self-Defense, Castle Doctrine, Stand Your Ground, and many others.

The seminar was conceived jointly by the Law Office of Terry L. Johnson and Rick Ector of Rick’s Firearm Academy of Detroit. They both felt that there was a need to affirmatively address and answer nagging questions posed in the media on Lethal Force and to correct rampant and erroneous characterizations of what is actually specified in law.

Ector is a recognized expert in firearm safety and has been featured extensively in the national and local media: Associated Press, NRAnews, Gun Digest, The Politics Daily, Fox News Detroit, The Detroit News, WJLB, WGPR and the UrbanShooterPodcast.