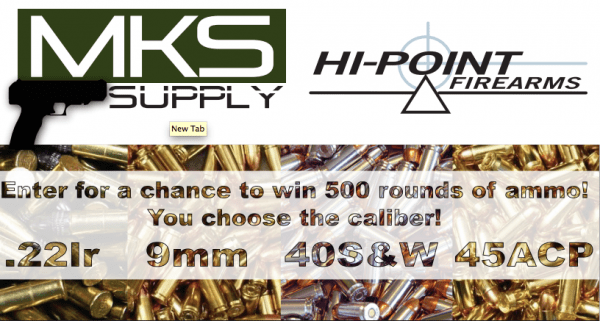 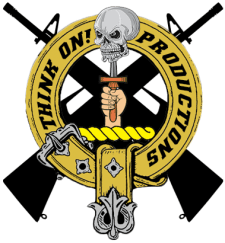 Biloxi, Mississippi — (Ammoland.com) – Professor Paul has been telling you to do this one thing for several years…

All armed citizens and shooting enthusiasts could use more ammo, right? First, watch the video below, then continue reading for more information on how to win FREE Ammunition.

Professor Paul has been telling you to stock up on ammunition for several years now. This is an awesome time to add some ammunition to your pile.

MKS Supply LLC and Hi-Point Firearms are giving away 500 rounds of ammo. That is half a case!

To enter and be eligible to win 500 rounds of FREE Ammunition, click here.

The contest ends on Sunday, November 22nd at 11:59pm. Be sure to claim your entry now!

The best gun in the world is the one you have with you period.

A fresh promo, Thanks

500 rounds of good ammo would be really nic to go with my c9mm hi point love the gun. I need to shot it more, can you help me out please?

New to AMMOLAND Just started getting the emails and enjoy reading them. Way to go Hi-Point and MKS Supply for the contest.
I have the 45 sitting right next to me and 9mm carbine (wife’s ) not to far away. Ammo would be a hard choice to make, happy trigger wife I think 9mm wins.

Jarrad, Way to go brother, all comments on the money. Hi-Point owner, .45acp, .45 carbine; surprise, both work, both are heavy duty guns, both were inexpensive. I’d say cheap, but cheap doesn’t work. Hi-Points work. Inexpensive is the word. I read constantly about S&W “Pro Shop” revolvers with mismatched sights, rough edges, etc. Just shows that anyone, even with quality as high as S&W, still occasionally disappoint users. Absolute perfection is the exception, not the rule. Clean and lubricate the weapon and you’re good to go, period. I own Rugers, Springfields, Rossi’s, et al, all work and you know what?… Read more »

It just don’t get no better than AMMOLAND!