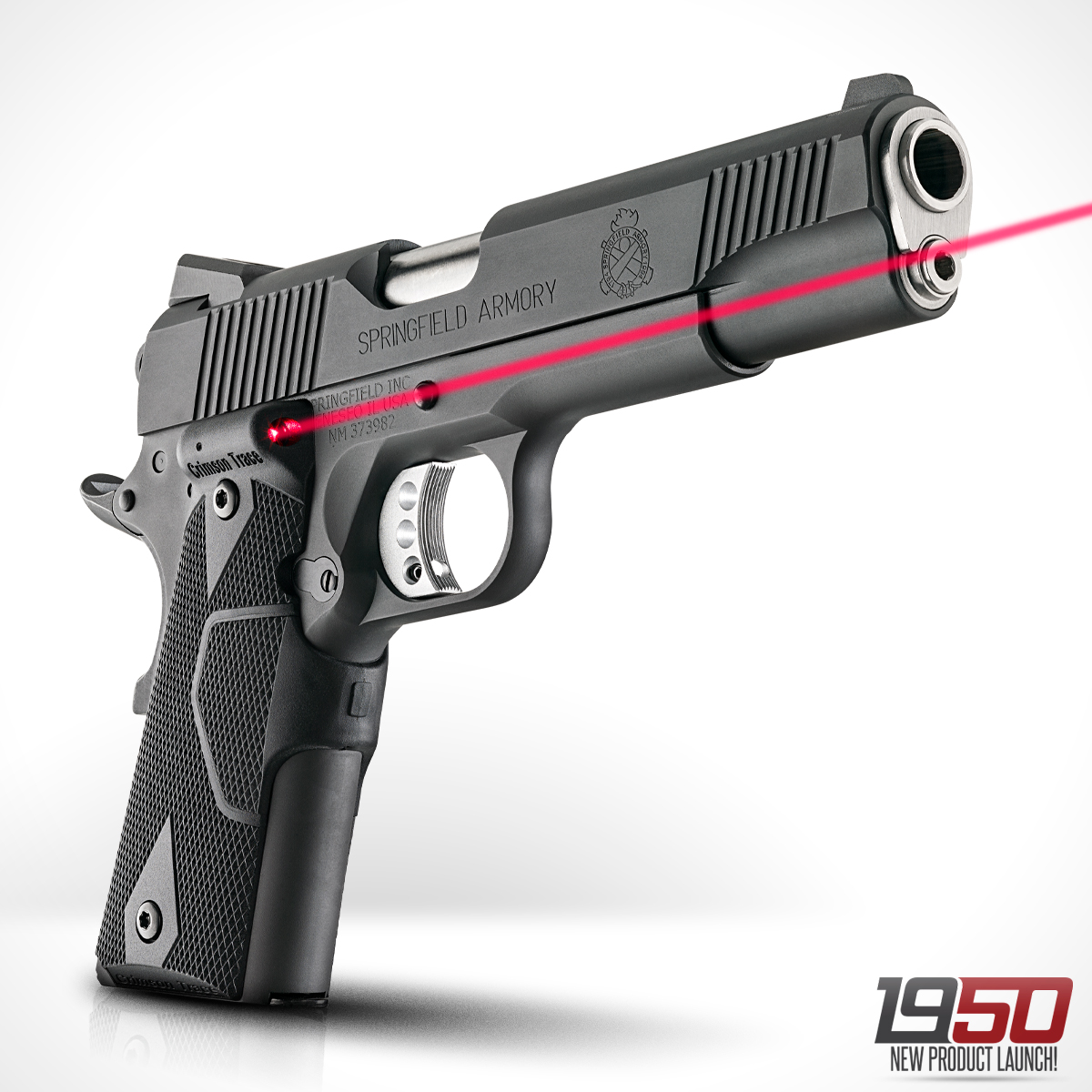 Rounding out the five other Loaded 1911 configurations in the product line, the Loaded Parkerized is optimized for serious defensive use. The Parkerized finish is designed to stand up to the rigors of daily carry while the full Government size makes it an excellent home-defense option too. Like other models in the Loaded family, the Parkerized model is built for reliable performance. A five-inch stainless match grade barrel is carefully fit to a bushing and Parkerized forged carbon steel frame and slide for maximum reliability and accuracy.

Customers who want the ease of control offered by a full size 1911 will appreciate the marriage of tradition with life-saving technology. This new Loaded model includes Crimson Trace Lasergrips to provide customers with fast, instinctive, and effective low-light sighting options.

“The addition of the laser means you can react more quickly in response to a threat,” says Dennis Reese, Chairman of the Board at Springfield Armory. “I don’t know if there’s anything more comforting than that.”

An instinctive activation button turns the laser on with no switch manipulation required. Assume a firing grip, and the laser is automatically projected downrange toward the target. The low-profile grip replacements have no impact on holster selection so that customers can choose their favorite Government size holster. As a self-defense model, the Loaded Parkerized comes standard with three-dot Tritium combat sights.

“The goal of our Loaded product line is to provide customers with pistols that are ready to go, out of the box, with everything they might need for serious types of usage,” says Springfield Armory CEO Dennis Reese. “To us, Loaded doesn’t represent a single combination of features. Rather, we create a number of different configurations within the Loaded family to meet different types of customer needs.”

Because everyone’s definition of Loaded is a little different, Springfield Armory now offers six different models in the series, each with its unique set of features. For example, the LB Operator offers an extra round in the magazine, while the Lightweight Operator uses a forged aluminum alloy frame to shave extra weight for concealed carry applications. The traditional Parkerized and Stainless Steel models are forged with a traditional dust cover while the Marine Corps Operator, LB Operator, and Lightweight Operator models include Picatinny rails for more tactical use.

Springfield Armory will be offering the Loaded Parkerized Crimson Trace pistol in .45ACP.

About Springfield Armory
“The First Name in American Firearms,” Springfield Armory was founded in 1777, when George Washington ordered the creation of an armory to store ammunition and gun carriages during the American Revolution. In 1794, the armory began to manufacture muskets and spent the next 150 years supplying firearms for every major American conflict. The original armory closed in 1968. In 1974, the Reese family took ownership of the Springfield Armory name and began making the M1A rifle. Today, Springfield Armory® develops many products loyal to the company’s heritage, like the 1911 pistol, while ensuring its future with innovative products, including the XD, XD Mod.2 XD(M) and XD-S polymer pistols.

Is it likely that the Crimson Trace Lasergrips will be offered on other products?