Maj Toure and Black Guns Matter are currently on a 50 states tour across the country teaching firearm safety in urban communities. The free workshops include demonstrations, role plays, and Q&A discussions with experts including NRA certified instructors, lawyers, conflict resolution specialists, and advocates.

The free class will be hosted in Boston, Worcester, and Swansea.

The Black Gun Matter Tour is funded by people from across the country through a GOFUNDME campaign that has raised over $150,000 goal in the last 18 months to host the classes. This series is supported by Comm2A, Bersa, and Head Down Firearms. 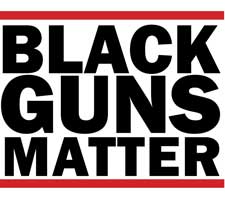 Black Guns Matter educates people in urban communities on their 2nd amendment rights and responsibilities through firearms training and education.

We are fundraising for a 50 state tour to continue informing urban communities–especially youth–about safe and legal firearms knowledge, conflict resolution, and the 2nd amendment.

As a 74 yy. old white Nam Vet, I call on all vets to get behind this movement. Mr. Toure is definately on point with his program. I believe ALL citizens should be armed and trained.

Please, Please, Please… recruit more people (of any color, gender, race, etc.) to provide classes like these to as many people as possible, especially in urban areas and areas with higher rates of crime. It’s awful when someone is killed in the commission of a crime. It’s a thousand times worse when someone is killed by the police because of a lack of communication and a misunderstanding of the circumstances. I don’t care what color you are, it’s not demeaning to follow the instructions of an armed police officer, and to do it without copping an attitude. When the dust… Read more »

I think it’s grrrrrrreat that a black man is educating the blacks about guns, safety mostly! I hope more law abiding blacks do become gun owners, as we do not have enough guns in law abiding peoples hands! I have a GRRRRRREAT WIFE! She believes you never have enough guns or ammunition! Can’t get better than that! I carry 99.9% of the time! My church invites all LEGAL CCW people to worship with us! What the gun haters don’t understand about LAW ABIDING CCW people is we pray we never have to pull our arms, but if we need to,… Read more »

As a 69 yr.old native Kentuckian lvng in the Hoosier state, and a responsible CCW permit holder_ we need this in Indianapolis. ALL CCW holders should attend, concerned citizens, veterans, and especially children of God_ we need to come together, learn and fellowship together_ Please come as soon as schedule permits. Thanks so much ☮️

I thought cool, someone doing some good in the world, so I looked him up on Facebook and seen many complaints he sells t shirts, did not deliver, and blocked them when messaged. He might be doing good by educating people, just don’t buy any merchandise from him.

Finally a young Black male standing up for something sensible. The Hollywood elitists will hate you but your work is so much needed. Boston is like a little dictatorship when it comes to permits. They don’t give them out.

Good idea…..It’s education taken to the streets, and not by someone trying to stir up racial hate like the last President we had.

It seems it would be a good idea for some of these ‘self hating whites’ to take a similar course.
Do something good with their time instead of crying about all of that ‘white privilege’ crap.