Midlands, England – -(AmmoLand.com)- World-leading ammunition manufacturer ELEY is celebrating its 190th birthday this year – a testament to its dedication and ingenuity to create the most consistently accurate .22lr ammunition.

Michael Atkinson, Brand Manager for ELEY comments: “190 years is a huge milestone worthy of celebration. ELEY has a rich heritage, and for nearly two centuries our products have allowed shooters at Club, World and Olympic level to realize their potential and win. Shooting is a fantastic sport, and this is something the whole ELEY team is incredibly proud to be a part of. As we look back, it’s exciting to see just how far we’ve come and how we’re going to grow in the future.”

Brothers William and Charles Eley first established the company in London, UK and later moved to Birmingham, beginning a long tradition in the manufacture of rimfire ammunition. Specializing in .22LR caliber cartridges, ELEY is best known for its flagship cartridge, Tenex, which is sold in more than 130 countries.

ELEY’s goal behind the initial tenex development was to provide British made .22LR ammunition built to extremely fine manufacturing tolerances to support British competition shooters. This was borne out at the 1951 British Championship and the Grand Aggregate events at Bisley, won by ELEY team shooters using ELEY tenex.

Soon competitors all over the globe were opting to use Tenex, creating a successful competitive record for years to follow. Most recently, ELEY tenex has helped crown seven new World Champions including Olena Kostevych, Sergey Kamenskiy, and Anna Korakaki.

Michael Atkinson continues: “ELEY is always striving to improve and innovate. We have a team which includes internationally recognized specialists with extensive knowledge in internal and external ballistics, power dynamics and Six Sigma qualified engineers. It’s thanks to our highly skilled team and patented new methodologies and techniques, which separate ELEY from its competitors.”

Today, ELEY continues to invest in its factory, facilities, and technology to remain the best ammunitions manufacturer in the world. 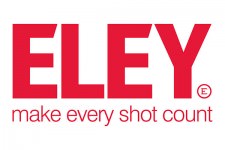 Do you have anyone Carey’s you ammonation in Dallas Tx.or surrounding area?

I agree! I was purchased 3,000 round ten years ago and am starting to run out. It is super accurate.

I wish they would start making 17 Mach 2 again, most accurate I have found.