California – -(AmmoLand.com)- The tragedy this weekend at the renowned Gilroy Garlic Festival confirms what supporters of the 2nd Amendment community have always known – that gun control has no bearing on the evil intent of evil people.

The slaughter of 3 innocents – two of whom are children breaks our hearts for the loss of life. It also makes our blood boil because politicians and the anti-gun crowd are already using the tragedy to gain some sort of political traction. It’s appalling.

Ever since this awful event occurred, GOC’s Executive Director Sam Paredes has been interviewed by many in both radio and print media, including the Wall Street Journal, the Sacramento Bee, and the San Jose Mercury News.

“The intent of this killer was clear – and his act shows the abject failure of gun control in California and people are paying with their lives as proof,” said Paredes.

“It was a target-rich environment that policymakers call a “gun-free zone” – and the perpetrator cut through a fence to avoid metal detectors – it’s lunacy to think a piece of legislation was going to stop this monster.” 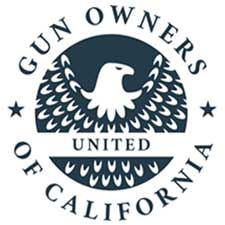 It isn’t guns that need more controlling, but the decaying social fabric of North America. A nation subjugated by a utopian political creed, which promised heaven on earth, but became an inhuman labyrinth of emptiness, self-deception, fatigue, hopelessness and despair. Where liberty and freedom are cheapened, and the founding principles of democracy forgotten. A society whose laws and ideals simply became perverted forums for a predatory world, whose false ideologies have teeth. A society devoid of moral and ethical pivots, its social contract merely an impeachable imperative whose forum is easily manipulated by any tribune, or demagogue, who promised purpose… Read more »

As highlighted on FOX Tucker show last night, the calls for assault weapon bans, common sense gun control and the the public comments by Governor USLESS aka the next Max Headroom were in full force BEFORE ANY DETAILS on the gunman and the investigation was started.

He had purchased the rifle in Nevada legally where he lived, THREE WEEKS before he planned to murder citizens.

Blessed is the nation who’s GOD is the LORD. Starting in the early 60’s, less than honorable people complained to less than honorable lawyers who sued the U.S. government in a less than honorable court house with a less than honorable judge. All of this has gone down exactly like Kruchev said he would do, while speaking at the united nations. This is basically what happened to destroy the Roman empire. Create as many special, victim of something people as you can, pay illegal’s people’s bills, make a mockery of marriage, legalize the murder of babies, make legal infanticide, drug… Read more »

The left had to remove a higher creator first before any of the rest of their goals could be realized,the only higher creator the believe in is that of the state.

The so-called “left” is communism based on atheism. “The goal of social sim IS communism” – Vladimir Lenin.
“We can’t expect the American people to jump from capitalism to communism, but we can assist their elected leaders in giving them small doses of socialism, until they awaken one day to find that they have communism.” – Nikita Khrushchev

“We do not have to invade the United States, we will destroy you from within.” – Nikita Khrushchev

“We do not have to invade the United States, we will destroy you from within.” – Nikita Khrushchev”

How would they do that? They would first have to take over the news, film media, America’s universities and professors along with at least one political party……….oops, never mind.

I think it was ol’ Nikki’s mentor and idol, despicable Joe, who infamously declared: give me the children for four years, and in twenty I will control the whole nation”. Daycare, working mommies, pre0school kindergarten, grade school then junior and high school…. fourteen thousand hours of reprogrammin,g indoctrination, behaviour modification, values replacement… no parent, church, social organisation can counteract or overcome that imbalance. The biblical command of ‘FATHERS teach your children” has been cast away, and we now see the results every day. Read recently of the “problem” of the homless, many on drugs, terrorsing the New York subway system,… Read more »

Making good people helpless does not make bad people harmless. For once I agree with Bill O’Reilly. Bad guys shooting people is the price of freedom. Liberty is risky business. That’s why our Founding Fathers recognized our God-given right to shoot back. ”Killing is a matter of will, not weapons. You cannot control the act itself by passing laws about the means employed.” The late Col Jeff Cooper, 1958 Handgun expert and founder of Gunsite Academy A politician with a law never stops a bad guy with a gun. He only controls the good guys, which is his true agenda.… Read more »

I fear, no for myself, for my grandchildren. They will never know the America I grew up in! Far too late to change the tide of decay. America has LOST the culture war in just over 50+ years. From a previously more religious society to what is not a completely secular society, America is reaping the chaff ‘we’ have sowed – kids killing kids in genocidal numbers, just consider the ‘actual’ “causative issues” that have resulted in our current SORRY state: In 1960, barely 2 percent of all American children, from all racial and ethnic backgrounds, lived with a never… Read more »

Funny no one ever mentions what psychotropic drugs these kids are on, and that’s my first thought; they are ALL are on something. You can thank the billion-dollar drug industry and the AMA for the silence hidden behind “patient privacy”.

@Street, Yeah, someone made a list of the perpetrators and the prescription drugs that they were using under MD guidance, and I have it … somewhere. But your point is well taken.

The biggest point is on the top of his head. So now the AMA and the drug industry FORCES someone to use drugs? Does the liquor industry force folks to drink alcohol? What are YOU on, SwampSleeper?

I’m on nothing Stupidman, it’s why I haven’t lost my mind and yes, most of these mass killers are on psychotropic drugs.

@Supperman, I am sure that we are all well aware that MDs do prescribe and expect patients to use psychotropic drugs as part of their course of treatment. Courts have even been known to order people to stay on their meds. It is the side effects that are the problem. One need only watch a TV commercial to know that many modern drugs have very, very bad side effects.
And now we come to the obligatory insult portion of our missive. Ahh no, I’ll just skip that part.

Hey Stupidman, I’ve read stats, too, and some 92% of perpetrators of mass public shootins were at the time of, or had until recently been on, psychotropic drugs, of precisely the type prescribed by the shipload to kids “diagnosed” with ADHD, ADD, etc. Interesting FACT: reading the info that comes with the pills, Mommy will be certain to note that amongst the known side effects of these drugs are things like depression, suicidal/homicidal thoughts and tendencies, violence…… any possible connextion to getting a gun and going off to either shoot yourself in the head, or someone else(s) wherever you can?… Read more »

Maybe not necessarily the drug industry. Maybe our Deep State government selecting already troubled, unstable individuals then “nudging” them in the direction desired to support anti-gun, Anti-Second Amendment Elitists/Progressive/Socialists agenda of public disarmament…..always for our own safety. Well, actually for the Elitists/Progressives own safety.