USA – -(AmmoLand.com)- Multiple major US cities were left burning after so-called “protesters” took advantage of the death of George Floyd at the hands of one rogue cop, to destroy, steal and burn private and public property.

Instead of peaceful protest calling for change, we had organized agitators, teenagers, and criminals take advantage of a heartbreakingly tragic situation to rob, loot, and destroy, then burn post offices, banks, retail stores, fast-food restaurants, and liquor stores.

Lost in all of this was any mention of George Floyd, but we heard plenty of incoherent foul mouth laced rants against President Donald Trump as Secret Service Agents were hit in the head with bricks as they pushed back crowds in front of the White House.

None of this had anything to do with the death of Mr. Floyd as the cop filmed killing George has already been arrested and charged with murder in record time. And the FBI, DOJ, state and local authorities are all investigating the filmed death.

A Storm is Here

Each of the cities engulfed in flames last night are Democratically controlled strongholds with weak Mayors and Governors. They all have allowed this chaos and destruction to go on without enforcing the law or sending in the police or national guard to stop this madness, all in the name of letting “protesters” blow off steam. When in our lifetimes have we ever seen an American police station abandoned and allowed to be looted and burned. I hope no one was locked in the cells!

Where is the national leadership of the Democratic party? Not a single one of them has come out in condemnation of the law-breaking looters? On the Republican side, we have only seen a few including Texas senator Ted Cruz call them out for what they are, criminals thugs!

We saw the deep states’ attempt at a soft coup in the case of Michael Flynn against Donald Trump. It seems that the peaceful transition of power has disappeared from our nation, and we are seeing a trial run of their next attempt at a hard, violent coup to change America into the United Communist States of America forcibly.

We now see the future response we can expect from Democrats and their thug allies when they lose the election in November…again. This time it appears that rather than crying and screeching, they are intent on destroying and burning America.

The past few nights should be a wake-up call for anybody who believes in law and order and the decency towards their fellow Americans. We have heard this time and again that “this election is the most important one” well, it appears now we’re at another election battle for the soul of our country, so be prepared to vote.

And as always stay heavily armed, trained, dangerous, and prepared to defend our way of life and our Constitution. God bless the USA! We are going to need it. 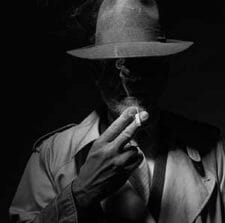 Tred Law is your everyday patriot with a deep love for this country and a no-compromise approach to the second amendment.

He does not write articles for AmmoLand News every week, but when he does write, it is usually about liberals F-ing with his right to keep and bear arms or the American way.

Play stupid games…..guese what you’ll win. Your “black life” matters to me, when it matters to you. Word of warning for all wanna be and would be BLM/ PANTIFA who feel the need to come thuging through Williamson county Texas. If you bounce down and block our streets with your “guns” you’ll be met by men who understand the consequences of pulling a trigger and have seen the devastation it can cause. And we’re going to do it again against all who bring the need for us to defend our city. No building nor monument here will be pulled down,… Read more »

Ha ha ha ha ha
Hint: DON’T run in front of STUPID… when committing crimes. He’ll drop ya like a sack of shit.

Yes, indeed. In this way covid has been a great thing for the world. It has awakened many sheep to the idea that the real world cannot just be ignored, or inflated away, without consequences.
For an in depth discussion of this, try this link:
https://www.youtube.com/watch?v=_0HpBvm3CQU
It’s 90 minutes, but since it’s a radio show the video is irrelevant. I just listen to it in the background. The way radio was designed to be enjoyed.

That is hilarious! How do I copy it?

@OV, only the FBI can not trace these prepositioned munitions. And why doesn’t some LEO grab one of these antifa brats and see what is in their cell phone?

@OV, Yes, I am hearing a lot of women say that the complex rules and regulations that seemed so common sense when the politicians and media talked about them do not work in the real world.

@USA – That is uncomfortably close to home. Thanks for warning…. I don’t believe there was any rioting there last night, so they may have put off until today. Walking the dog about 10pm last night I heard helicopters plus slightly elevated city noises coming from SE – exact opposite direction. Will make sure I’ve got a loaded long arm within reach before bed tonight thou. If I cannot decide between 12 gauge and AR – I may just have to go with both. 🙂 That is an area where there has been continuous DOT construction for quite some time.… Read more »