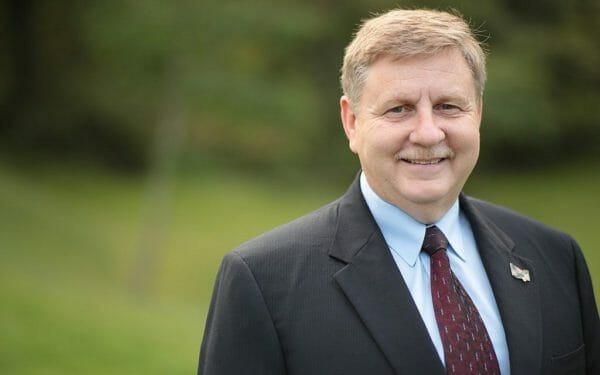 PITTSBURGH, PA -(Ammoland.com)- Rick Saccone has led a life of service to the Country and the Commonwealth of Pennsylvania.

Rick served in the Air Force as a Counterintelligence Officer and Special Agent. He was assigned to an anti-terrorist task force for the 1984 Olympics in LA. This assignment was only a few years after Islamic extremists overthrew the Shaw of Iran, taking American Embassy workers hostage. After his time in California, he served as Chief of Counterintelligence for the USAF in Korea, where he oversaw the counter-terror task force for the 1988 Olympics in Seoul.

After retiring from the Air Force, Rick elected to stay in Korea, where he worked as a TV news anchor for an English-speaking network. He wrote several books on North Korea before returning to Pennsylvania, where he earned a Ph.D. from the University of Pittsburgh. He went on to teach International Affairs and Political Science at St Vincent College.

When the country went to war, Rick returned to service as a civilian working for the Army. He served in Baghdad and Mosul as a Senior Counterintelligence Agent identifying, capturing, and interrogating insurgents. He would return to Pennsylvania, representing Pennsylvania’s 39th district in the Pennsylvania House of Representatives from 2011 to 2019.

Now Rick is being called to serve again. He is running in the Pennsylvania Republican primary to be the nominee for the state’s Lieutenant Governor seat. I had a chance to talk to Rick about gun rights and what drove him to answer the call of public service once again.

John Crump: I always start out with the same question. Why do you want to be lieutenant governor?

Rick Saccone: I see the mess our state and country is in, and I know that it all starts with leadership. The evidence I present to support that is, to look at how the leadership of President Trump turned our country around in a short period and look at how Biden has ruined it in an even shorter time. The same is true of the failed leadership of Governor Wolf and LG Fetterman. I have the unique skillsets to lead this state, and I am ready to roll up my sleeves and get to it. I have also been able to garner Democrat and Independent voters. My legislation passed unanimously or nearly so, even though I was the most conservative member of the House. The ability to persuade people who disagree with you and even dislike you to vote for your ideas is one of many unique skill sets.

John Crump: The Republican primary is really crowded. How do you plan on setting yourself apart from the other candidates?

Rick Saccone: Qualifications and Experience!! No one has my breadth of experience in key areas like military, government, academia, diplomacy, and business. I am a retired career military officer, Ph.D. professor of 21 years. Author of 10 Books, International Businessman, and international diplomat. I also helped my wife run her small business for 27 years. No one has that experience.

Rick Saccone: That was my legislation. It recently passed and was vetoed. When I am in the executive with a strong Conservative governor, we will usher that bill through again and sign it into law.

John Crump: PA is ground zero for the fight over privately manufactured firearms since the state is home to one of the biggest suppliers of 80% kits, JSD Supply. Josh Shapiro calls these items “ghost guns.” What is your stance on these kits?

Rick Saccone: I will fight Josh Shapiro and his ilk on all their anti-2A policies.

John Crump: You have the endorsement of Gun Owners of America (GOA). Why was it important to you to get that endorsement?

Rick Saccone: GOA is a national organization and is no compromise on the 2A. They only endorse one candidate per office. It is prestigious to receive their endorsement, not because of what I said; all the candidates claim allegiance to the 2A; I received it because of what I did, my RECORD of accomplishments.

John Crump: Will you work to repeal universal background checks?

Rick Saccone: I Have a record of fighting against UBC. I have written about it and spoken about it in the legislature.

John Crump: What limitations do you think should be put on gun rights?

Rick Saccone: Our PA constitution says that right should not be questioned. Enough Said.

John Crump: What non-gun issues are you planning on tackling?

John Crump: How can people help you win?

Rick Saccone: We are at the end of the primary. HELP me win the primary. Work a poll, call your friends, donate to my campaign, share my posts on social media. SPREAD the WORD.

“Will you work to repeal universal background checks?”

What about, will you endorse civilian ownership and carry of machine guns? That is where they usually fall apart.