Virginia –-(Ammoland.com)- Delegate Mark Cole is up to his old tricks of playing lap dog for his political boss Republican Speaker William Howell.

Cole sponsored Constitutional Carry, a bill to let law abiding citizens carry a gun concealed without a permit. Cole did it to keep others from sponsoring it so that his party boss could pocket veto it without a fight. That’s right, Cole could have at least moved to discharge the bill to at least give us a recorded floor vote but he did NOTHING.

In 2004, Cole hid in the bathroom for his party boss Howell so that a tax increase could pass. Cole’s reward was a chairmanship but he actually apologized for being such a coward. But of course it was too late. 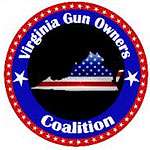