Editors Note: The following Letter to the AmmoLand Editor is in response to an Anonymous Editorial that appeared recently in the Pensacola News Journal of Florida.

Pensacola, FL –-(Ammoland.com)- [Anonymous PNJ Editors] in your 6/13/12 editorial, are you seriously comparing sheriffs to criminals by suggesting they should not respond to NRA candidate questionnaires because they have the “right to remain silent” just like the bad guys?

Invoking the “right to remain silent” generally means they have something to hide.

Do you truly expect people to vote for politicians who are afraid to let voters know where they stand on issues of importance? Make no mistake, sheriffs are politicians. They run for public office. They ask for our money and our votes.

Voters have every right to know where they stand on issues.

Why do editorial boards of newspapers give questionnaires to candidates for local office? Why do they then interview candidates on issues and publish that information and endorse candidates?

Are you saying that only editorial boards — and not NRA –– have the right to question candidates about their positions on issues?

Candidate questionnaires are traditionally how most organizations find out where candidates stand on issues that are important to their members.

It’s an educational process. Voters have a right and a responsibility to know who they are voting for.

Organizations from the League of Women Voters to the Christian Coalition to the Florida Chamber of Commerce to NRA send out candidate questionnaires — every election cycle. That’s how organizations educate and inform their members about politicians who are asking for their votes.

The NRA questionnaire is not a loyalty card and shame on you for even suggesting such. It would seem that any demonstration of modern-day McCarthyism is resting on your shoulders, not NRA’s. If anything needs to be trashed, it’s your editorial.

Hammer is a past NRA president and the ED of Unified Sportsmen of Florida. 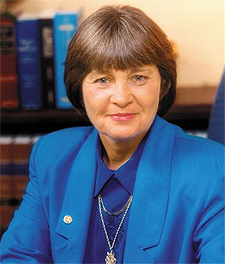 I’m sorry, but you mispronounced our news paper.
We call it the Pensacola News Urinal.

It's a good thing for the Pensacola News Journal that they have a pretty good fishing industry in Pensacola. Because if they didn't no one would buy their overpriced fish wrapper!

Mr. Hammer, I think you were too polite. The editorial seems to imply that a person is wrong to be curious how a person who wants their vote stands on the Second Amendment. That writer obviously thinks I and others should keep quiet and just ask them how to vote.