Apache Junction, AZ –-(Ammoland.com)- With dove coming up I needed a shotgun for this season.

A fire claimed my other shotguns a few months ago.

I have been wanting to test the Mossberg 930 Shotgun in semi-auto for some time so this was my chance. I contacted Linda Powell from Mossberg and she sent me one for testing and evaluation.

One refreshing thing right off hand is it has a wood stock as opposed to the composites found on many guns made today.

Yes, I know that composites are durable but I think they are ugly.

The wood along with the nice bluing job makes it a handsome gun to look at. Like many shotguns made today, it has the screw in chokes. Among its other desirable features are the barrel is ported and it has a raised ventilated rib. It is also drilled and tapped for a scope and it has swivels for slings.

In other words, it is ready to go on a hunting trip for a variety of game. I browsed through the Mossberg website and am amazed at the variety of shotguns they have.

If you can’t find something there that you like then you didn’t really want a shotgun as the selection is that varied.

The prices are very reasonable considering what you get. I have used Mossberg shotguns for many years and they always served the purpose and didn’t break. My previous favorite dove gun was a model 500 in 20 gauge.

Its lightweight and feel enabled me to harvest many doves not to mention various squirrels and rabbits. I had a couple of 12 gauges in the model 500 which always served me well.

For info on Mossberg’s extensive line of products you can go to http://tiny.cc/nb3mkw .

They have been around since 1919 and with their fine products, I expect that they will be around for many years. Based on my rather extensive experience with Mossberg products I can highly recommend them.

The Mossberg 930 Shotgun is at home in the dove fields.

I picked up some Federal loads that were 1 & 1/8 oz. of 7 & ½ shot which is ideal for doves in my opinion. I wanted to try out the new gun to see if there were going to be any issues with it. Functioning was perfect and balance and trigger pull were superior. My shooting buddy and fellow gun writer also was favorably impressed with it. I am anxious to try it on some doves. Dove season opened and the Mossberg 930 Shotgun did its job even if I didn’t. The gun swings well and if I did my part so did the shotgun.

Chokes for the Mossberg 930 Shotgun

It arrived with chokes in an improved cylinder, modified and full. A wrench is provided and is easy to use. I went with the improved for the hunt which was a good choice. Later in the season I will go to a modified as the doves will be warier and shots may have to be taken at longer ranges. You can select the choke to suit your needs. Since they take up very little space you can bring them along in case you want to change in the field. There were no jams but the safety was difficult to release though a little working back and forth cured the problem.

Anyone who has hunted doves has gotten a lesson in humility. They fly at 30 MPH or so and are good at dodging especially when they get educated. More often than not you shoot behind them. The season starts in Arizona on Sept 1 which is still hot in this part of the country. Early morning isn’t too bad but once the sun comes up it can get brutal. Water and shade are two of your best friends. However, if you have a good spot and can shoot you should have your limit by 7 Am or so.

There are some large dairy farms in this area and they attract the doves in droves. Water holes are also good places to hunt though the trees might be a problem. They will roost in them and if you shoot a bird and it falls in the trees that might turn out to be an issue as they can be lost. The water stinks so you want to avoid dropping them there if possible. The best times to hunt them is in the morning and late afternoon.

If you find a good place to hunt chances are there will be some other hunters in the area. If everyone is courteous and safe all participants will have a good time and harvest some birds. You need to be aware of where everyone is and never shoot horizontally as that can injure some that may be some distance away. Even at 75 to 100 yards, a horizontal flying pellet can put out an eye. You should shoot over the treetops to avoid injuring someone. If the pellets fall in a vertical trajectory they don’t have enough energy to hurt someone except in a rare instance when you might be looking up. Glasses or ears & eyes will always prevent that.

Anytime firearms are involved safety is always first and foremost. A bird just isn’t worth someone getting hurt.

If you are new to dove hunting be sure to study the regulations in regards to the seasons and species limits. There are various species and in some areas, there are limits on which type you can take and how many. Having a game warden explain that could be a costly mistake.

A good friend of mine brought out his 12-year-old son for his dove hunt. Norm has spent a lot of time properly training him in gun safety and etiquette and it showed. He did well impressing the adults and he also bagged some birds. As it turns out we have another hunter for our ranks which is always a good thing.

Dove hunting is a challenging sport and the Mossberg 930 Shotgun made it fun. I would encourage everyone to try it out on Doves. You will find out how good a shot you are right quick.

A Custom Reloader of Obsolete and Antique Ammo, Bob Shell, writes about the subject of Guns, Ammo, Shooting and Related Subjects. Visit: www.bobshellsblog.blogspot.com 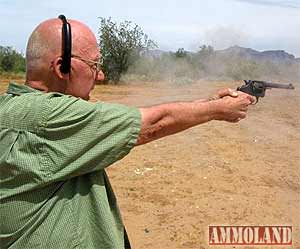 We have a 930 water fowler, a 28 in barrel synthetic 903. I wanted an American shotgun that did not cost a lot as I planned to occasionally shoot clays with my older son. It no sooner cam in that my younger son wanted to compete with his older brother – now the 930 was his. At the beginning of the season the 930 was a little large for him. by the end it fit him fine and he used it for the next season as well. Early on he had a few failure to eject problems. It could be… Read more »

Iv had nothing but problems with my 930 it is the worst gun I have ever purchased. With in a year my operating handle broke. Then I had a feeding issue where my second she’ll wouldn’t feed up. Took mossberg over two months to get my gun back to me. An started having feeding issues again with in a couple months. They are a cheaply made an poorly assamabled with poor quality parts. Mossberg as gone down the drain the last few years. I’m done with the 930 an going for a versamax . Mossberg has cost me to many… Read more »

Hi i am looking for a nice goose shotgun and i like a bunch of the mossberg shotguns i especially like the 930 kryptek yeti. I have a bunch of friends that duck and goose hunt and they say that mossberg’s aren’t reliable. what are your thoughts about this and do you have any suggestions on what gun i should look at my budget is around 800. If you can help me i would be great full.

Thanks for the review on the Mossberg 930. How do you feel about the weight, action, and does it cycle 2&3/4″ 3″ shell? I have a couple of grandsons that are going to be looking at a school shooting team and would like to find out how you feel about the 930 holding up under this kind of regiment, I have a good feeling about the 930 and them duck hunting with me. Just wanted to get a little more information from you about the 930.