When I got it home I found the buttstock was cracked and the rifle was filthy inside. I took the entire rifle apart and cleaned it. I got the surface rust off, clean the bore till it shined, and repaired the cracked stock.

My daughter was home from college that weekend so I handed her the Marlin and told her it was her new rifle. She put it to her shoulder and stated she would have no problem shooting it.

You can buy synthetic replacement stocks for the Marlins and I thought to personalize it some more I would look for one in pink. Pink is the new color that the firearms industry is using to try and attract more female buyers. They make pink handguns and put pink stocks on rifles & shotguns. They make pink boxes of ammo. I found a pink rifle case at a sporting goods store and considered buying it for the daughter, but no luck so far finding a pink replacement stock for the Marlin.

Young girls do not naturally gravitate toward firearms the way young boys do. The first toy handgun I got as a small child was somehow left at my great-grandmother’s home. Years later she found it and gave it to my parents. My father mounted it on a plaque and it has hung on a wall in my home for over 35 years.

Dad did not mount one of my sister’s Barbie dolls on a plaque so they could have it on their wall.

So I guess I learned early in life that guns were a manly guy thing. The problem is evil does not discriminate on the basis of sex.

Obviously, it is a marketing ploy of the firearms industry to use the color pink on their products to attract female buying dollars. However the expression “oh look honey it’s shiny and pink” as a firearm in a gun store catches the eye of the woman in your life’s fancy, is a good thing.

The firearms industry is making small revolvers and pistols with pink in the grips and even embedded in the actual body of the handgun. This use of pink on guns seems to be working otherwise they would have stopped doing it. The famous M-16 rifle of US military fame, also known as the “black rifle” is now coming in a civilian legal version in pink.

It started with match-grade rifles used by women who shoot in long-range competition. These were custom firearms and at a price the average new female shooter was not going to spend on her first gun. But pink has worked, so more firearms companies are making their products in pink.

The Colonel (my wife) and I went to pick up the daughter at her college campus yesterday. On the way home I was telling her I found a pink case for her new rifle and did she want me to buy it for her. She advised me she was tired of pink and getting rid of some of her pink clothing items. I said I understand but this was for her rifle. Then I told her I had been looking for a pink replacement stock for her Marlin.

She replied “dad if I have to pull out my rifle in an emergency situation I want the bad guys to be scared poop-less (word changes for publication) not laughing at my pink girl gun.” “No dad I don’t want a pink stock for the Marlin” was her next comment.

My frilly, blondy-girl daughter was serious, but then I did not have to convince her to take up a firearm and be prepared to defend herself. She was shooting 22LR rifles when she was in grade school. The pink marketing idea is to try and draw in the non-gun-owning woman who just needs a little nudge to come into the light and see that shiny pink handguns can help keep them safe in an increasingly dangerous world.

If the color pink works to help convince a loved one that firearms are a tool to protect and defend–great. If you already have their attention about acquiring a firearm perhaps pink is not a player in your buying process.

Pink, could this be the possible counter to evil? 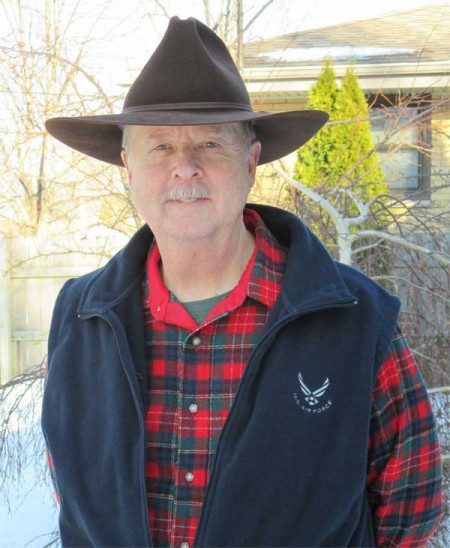