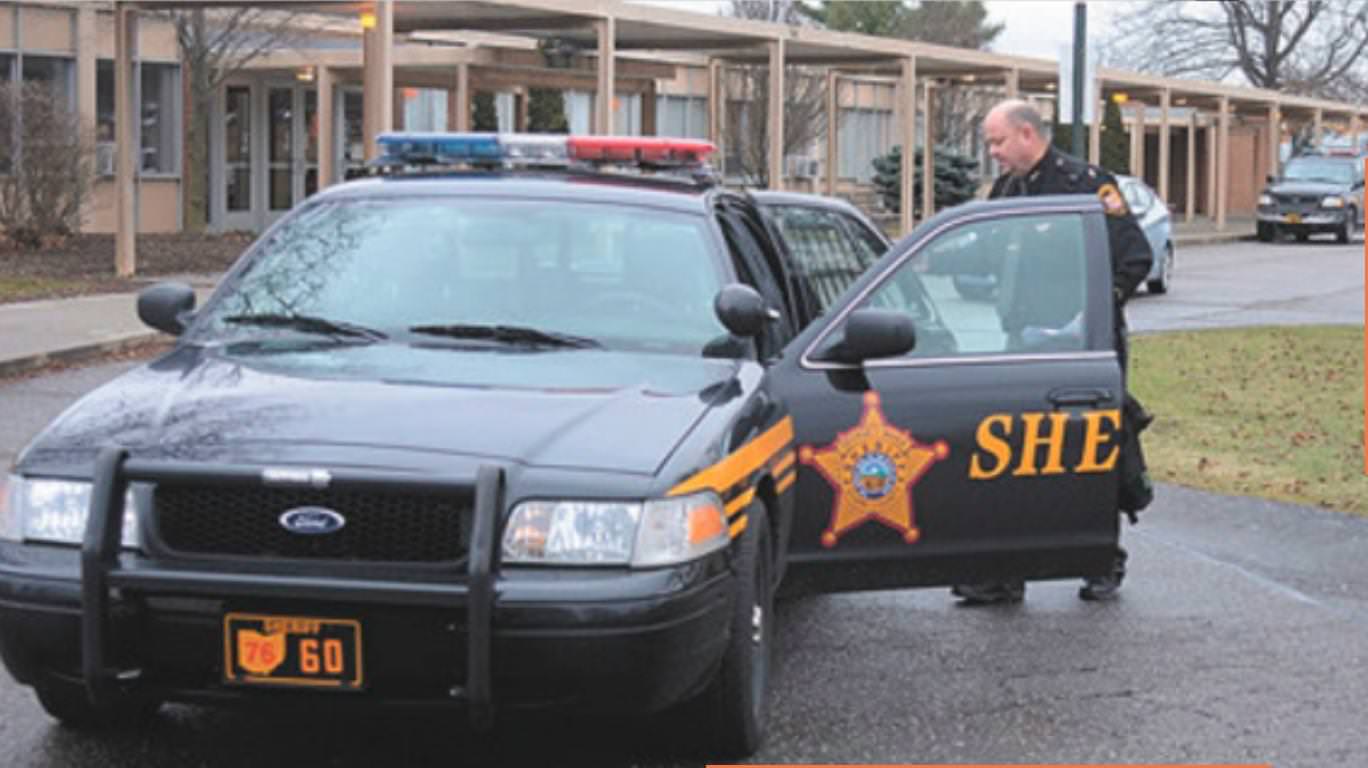 Officers and deputies located the suspect while maintaining a safety perimeter around the school.

Corleaunce S. Hicks 16 , of Alliance, was charged with inducing panic, a third-degree felony.

There is usually more to these headline grabbing lockdowns than meets the first glance.   It hardly seems appropriate or prudent to lockdown a school simply because a student texted a picture of a gun.  Was the gun shown in the classroom?  Was a threat made to kill fellow students?

The answer to those questions appears to be no.  From the-review.com:

“I wouldn’t go as far as to say it was a threat, but it was a concerning statement,” Stark County Sheriff George T. Maier said of the message accompanying the gun image.

Investigators have determined that Hicks does not own a gun.

The gun in the image, Maier said, belongs to an acquaintance of Hicks.

Fortunately, the lockdown lasted less than an hour and a half.  About like a fire drill when I was in high school.   I would have to see the message in question, but a felony charge for a message that was “concerning” seems rather severe.

A tip of the hat to  Wireless.Phil

The teacher should be charged with “inducing panic”-what an a**hole.

just more assinine BS from people with their collective heads up their own asses !

I wonder if there are some criminal charges that would apply to these school officials. Is there no law against stupidity?

Good thing it wasn’t a “Pop Tart”, it would be “felony endangering” . Just absolutely stupid response by the school and the police. This is where America has come to? When I was in school kids had .22 rifles and shotguns in their trucks and cars for shooting and hunting after school. We had students bring flint locks into class ( with the local police’s request “not to bring power and ammo” ) for demonstration purpose. Other schools used to have shooting teams… I just don’t understand the wussy liberal mind.

This is FU*KING unreal ! I think these candie asses do this just to piss us off ! I’m thinking about sending NRA membership material to the student body at this school !

Why are kids texting during class. Obviously the students aren’t doing their classwork, WTF are taxpayers paying for? babysitters? Now when taxpayers like me complain school taxes are too high , I have another reason to vote down anything for schools. 13 years of school for a lifetime of tax I think we lost our freedom along time ago your all blind to see it.

But, of course, they’ll be much more reasonable when a student brings a gun from home and hands it over to their teacher because they’re afraid. Idiots.

Looks like the Stark County School system has a ‘stark’ view of their students?