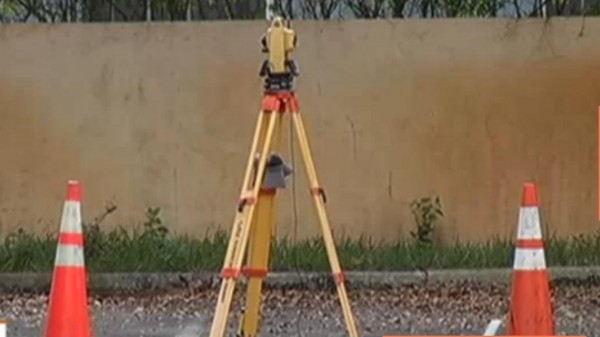 Arizona – -(Ammoland.com)- It happened in this case in Florida yesterday, the 22nd of January, 2015.  The victim in this case was Fabian Rosario.  He is a surveyor who was working with a colleague on a land survey when he was approached by a suspect who pulled a gun and demanded money.  From nbcmiami.com:

The victim said he didn’t have any money and the suspect demanded his cellphone and told him to get on the ground. The victim complied but while he was on the ground he took out his own gun and shot the would-be robber, officials said.

When an assailant has you at gunpoint and demands that you do something, You should be thinking about how the purported “compliance” can be used to position yourself to resist successfully.  In this case, the victim was able to draw his firearm and hit his assailant without being injured himself.  The assailant is in the hospital, and will likely be arrested when released.

The owner of the engineering firm that Fabian works for said that robbery is an occupational hazard for surveyors.

“There is actually a law enforcement database of all of the robberies that are going on that are affecting surveyors and there has been hundreds of instruments and equipment stolen,” he said.

Surveying was a hazardous profession in George Washington’s era as well, though mostly on the frontier.   High crime urban areas have become the “modern frontier” in our time.  My father was a surveyor, and was once threatened with a 30-30 rifle.  From  commenter snappahead on freerepublic.com:

I’ve been surveying for 15+/- yrs now and I’ve been threatened twice with a firearm and shot at once with rock salt by an angry old lady and once by a tree farmer with a pistol.
I know how your dad must have felt. Usually a situation like that escalates quickly, and it takes a cool, experienced head to defuse the situation.

In another recent case, a robber demanded that his victim drop his pants.  It was a very good opportunity to feign compliance and access his own weapon.  From naplesnews.com:

Deputies say 37-year-old Ronald Farmer was standing beside his car when an armed man approached him wearing a ski mask and sunglasses. The man told Farmer he was robbing him and ordered him to drop his pants. Farmer told authorities he began to comply with the orders but distracted the man’s attention and reached for his own gun. He shot the man, who was later identified as 21-year-old Rontavis James Holton.

Rontavis James Holton did not survive.

Armed robbery is a complicated, difficult and dangerous endeavor.   When a criminal tells you to do something that requires you to move, they are unlikely to shoot you when you move.   Most smart criminals realize that the rewards are not worth the substantial risk.  The remaining pool of criminals often make serious errors that alert victims can exploit to their advantage.

c2014 by Dean Weingarten: Permission to share is granted when this notice is included. Most armed robbers are reluctant to shoot. There can be many reasons for this, including additional scrutiny from the authorities, drawing attention to the crime in progress, even a reluctance to inflict harm. Often, this will give the victim an opportunity to feign compliance in order to gain an advantage.

Good job! Actually next time, plug the thug permanently so us tax-payers don’t have to foot his hospital bill and subquent court appointed lawyer and jail time.