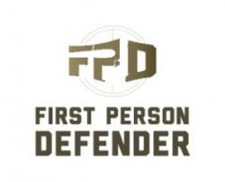 Mandeville, LA –-(Ammoland.com)- If you saw the attacker coming, if you saw the signs of imminent danger, if you heard the shots fired, would you be ready?

Through force-on-force training simulations, two First Person Defender participants will see exactly how important situational awareness is when it comes to self-defense.

In the First Person Defender season three episode “Man Shoots Attacker at ATM” an FPD participant witnesses an attack while waiting in line at an ATM.

He then has to act quickly in a tight space in order to save a life.

Learn about close quarters shooting and situational awareness as trainer Wes Doss works with the participant on his technique- focusing on continuous movement while firing.

Plus, watch as one man’s skills are put to the test on the season 3 episode “Restaurant Gun Fight.” Faced with bullets flying in a busy restaurant, he’ll have to respond to a deadly confrontation he was never meant to be a part of.

First Person Defender is a web television series from GunTalk Media that puts regular people with varying degrees of firearm knowledge into force-on-force self-defense scenarios using Simunition conversion kits and FX Marking Cartridges. First Person Defender gives viewers a unique first-person look at what it’s like to defend your life or the lives of your loved ones.