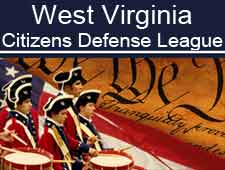 WVCDL members that are Charleston residents, your own city government sued you.

But it has been resolved.

The full text of the ruling can be found here.

High points of the ruling:

Meat of the ruling: “This court does hereby further find that if the municipal recreation center is not leased or used by the Board of Education for school activities, events, or functions, then individuals with a valid license to carry a concealed weapon may carry their lawfully possessed firearm into said premises so long as the firearm is securely stored, out of view and access to others as prescribed by W. Va. Code 8-12-5a. The phrase “securely stored out of view and access to others” is interpreted by this court as being on one's person and in a holster, purse, or bag so as long as the weapon remains attached to the individual, firmly adhered to one's body, and is not freely placed. Storing a firearm within the confines of one's locker or gun case is also acceptable, so long as the locker or case is locked and secured by key or combination. The City of Charleston is under no obligation to provide locks and/or cases for such storage.”

It's been a four year battle, and it does not just affect Charleston. Every city in West Virginia now has a ruling prohibiting their ability to disarm us in these facilities. This is a major legal victory for West Virginia's gun owners. Your dues funded this suit, and brought this victory. This victory sets legal precedent statewide.

Maybe, just maybe there is some type of life remaining in America for its law abiding citizens to cling to, aka 2nd
Amendment. REAL AMERICANS must never forget:
“The difference between a free man and a slave; a slave does not own a gun.”
Thank you WVCDL!
Dr BearClayborn -Political Psychiatrist http://bit.ly/1p2H4xF ACB Newspaper International

Keith Morgan of WVCDL deserves credit beyond belief for persevering through all of this and keeping the troops rallied. WVCDL beat the anti-gunners. Now if they can just get rid of Manchin.