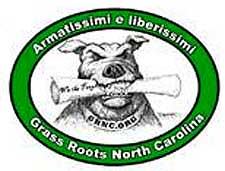 USA -(Ammoland.com)- While our nation continues to mourn the senseless tragedy in Las Vegas, lawmakers in Washington are rushing to fix (i.e. exploit) an issue they barely understand.

Senator Dianne Feinstein (D-California) is reportedly proposing legislation that will eliminate all after-market devices which increase the firing rate of legal guns. Of course, this would ban the now infamous “bump stocks”.

But, it would also make illegal many other accessories, such as systems that enthusiasts use to make semi-automatic versions of belt-fed machine guns.

Even more troubling, this proposal would NOT grandfather any of these devices. This would potentially have the chilling effect of making tens of thousands of otherwise law-abiding citizens, criminals overnight — just for owning the “wrong” accessory.

If this dangerous proposal were to become law, nobody knows how far the government would go to make sure millions of gun owners have only the “politically correct” accessories. Nancy Pelosi (D-CA) has even said that she “certainly hopes” this is will be a slippery slope to more gun control. This is so much more than a Second Amendment issue — this is an attack on our right to own private property, a freedom enshrined in the Fifth Amendment.

I understand that California Senator Dianne Feinstein is currently proposing legislation that would ban all devices that increase the firing rate of legally owned firearms. This would have the chilling effect of turning tens of thousands of otherwise law-abiding citizens into criminals. It would also strip them of their private property rights, a right enshrined in the Fifth Amendment.

Have the courage to stand up to Senator Feinstein and anyone else in Congress who believes it is their place to decide for millions of Americans the “correct” type of accessories they can own.

Please advise me of your position on this proposal. I will be monitoring your actions via Grass Roots North Carolina legislative alerts.

Grass Roots North Carolina is an all-volunteer organization dedicated to preserving the freedoms guaranteed us by the Bill of Rights. Our main focus is the right to keep and bear arms. GRNC was central to drafting and passing North Carolina’s concealed handgun law and since that time has continued to push for improvements to gun laws.

Another insane knee-jerk reaction by Feinstein and her motley crew of zombies to try to take away more of our “guaranteed” rights. When will it all end?!?!?!?

Old shooter is right on target, that’s exactly how the man, and the court system works. They can take an innocent man on a simple play that starts out like he’s talking about, and turn it into a felony. People see it everyday, for some reason because it’s our government, we tend to turn our heads. The pile up laws on their own American people so high, we are being buried alive, yet every law they are burying us with, they are standing there with 20-30 men holding full auto machine guns, snipers in every high spot around, just ready… Read more »

Worth reading, from the Fordham Law Review Volume 73/Issue 2 Article 11, 2004
On Gun Registration, the NRA, Adolf Hitler, and Nazi Gun Laws: (A Call To All Historians)
Author: Benard E. Harcourt
History is repeating it self, this time on a Global scale. Let us not be too late. Germany 1919 to 1945 was only the model. Fight like you have never fought before!

@John Dunlap, The next battle will be in the party primaries. Hold nose, register repub (so that you can vote in the primary or attend the township caucus), and vote for the non corrupted yet candidate. If we defeat the hand picked party hack faithfuls, we defeat the swamp.

This ban is unacceptable PERIOD. If the NRA just let’s this ban happen and doesn’t fight it tooth and nail they lose my support and I’ll pay someone else to support and fight for my rights.

If you do not already that is on you. Eggs in one basket?

Many Americans may be inclined to think, “Well, they may pass such a law, but no one would ever be able to enforce it, and the govt can’t realistically come around to everyone’s house, check their guns, and confiscate those they find not compliant. That is very likely true, but it isn’t the real problem. When an essentially unenforceable law is allowed to pass into effect, it automatically gives govt agencies the power to selectively pros/persecute anyone they dislike, who may not be in compliance. Here’s a more common example. The speed limit on most federal highways is still 55… Read more »

Have a stroke already feinstein you crotchity old hag!!!

Investigate her and her family, who has channeled government contracts to them during her years as Senator.
Tired of the Rich and Shameless telling us what we should, and should not do. ” Don’t pay attention to that person behind the curtain”. Random Drug Testing and I.Q. Tests should be administered to all of Congress and the Senate.

People need to speak up! This is the kind of crap that Democrats wish for. They figure everyone will just shut up and play nice because they’re shouting their spew off of the top of the pile of dead bodies. Time for them to know that the patriotic American’s aren’t just going to lie down and let them strip us of our rights. Otherwise they’ll get their wish eventually and start shipping off Conservatives to some labor camp complete with a crematoria to dispose of the victims. There’s no way they could do that you say? Who’s going to stop… Read more »