North Branford, CT – -(Ammoland.com)- We have seen speakers, school walkouts and marches. They claim to be against ‘gun violence’.

They claim to seek the end to school massacres. But even a perfunctory review of their messages shows that they are one of two things with regards to these goals: Ignorant or Liars.

Of the requests made by this vocal minority, we have hardly seen a coherent message, but instead a wide range of goals that all somehow involve disarming citizens of this country. Their talks and edicts seem focused around either restricting people who can buy, own or possess firearms or taking firearms from those who already have them. The talks rarely involve the philosophical or moral consequences of their actions.

They do not discuss what happens to the people they seek to victimize by government force in the name of mourning those that they saw victimized.

So while Connecticut Carry continues its mission to defend the victims of these collectivists, we will also discuss what happens to the people that these collectivists seek to victimize and to speak about the uncomfortable truths that result when people are manipulated by politicians when they are the most emotional.

When people say that they are for ‘gun control’ or government edicts on what property you can own, they often say that they are anti-violence or against shootings. But that is not at all true. They are actually very pro-violence and for shootings. They are also for guns. The problem is that they are for all of those things in the hands of the government. Government is the one organization that has consistently proved how murderous it is with said responsibility. And these people marching wish to turn those guns against their neighbors and families. Those same neighbors and families that would seek to offer them sanctuary against violence erupting in their presence.

We saw the Parkland effect when the government first declared itself the monopoly of force in Parkland Schools and then proceeded to consistently and thoroughly bungle every aspect of protecting the students and faculty in that school. From the coward enforcer that cowered outside and radioed to officers their need to do the same, to the Sheriff’s office and FBI that had repeated opportunities to deal with this threat before the gunfire started, the government failed the victims in Parkland.

And now Parkland survivors and their emotional sympathizers are being used as ‘useful idiots’ to champion the same people that egregiously failed them as their saviors.

“There may be many different answers to school shootings and other massacres. There may be none. One thing that cannot be argued by rational people is that the answer to these realities cannot consist of advocating more violence against people, whether it be at the hands of deranged lunatics or the government. Disarming individuals has never, and cannot make those individuals safer.” – Rich Burgess – President – Connecticut Carry 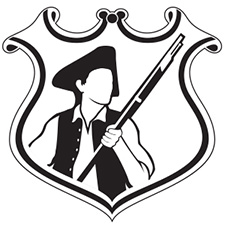 Connecticut Carry is a 501(c)(4) non-partisan, grassroots, non-profit organization devoted to educating and protecting our rights in Connecticut.

The Second Amendment to the United States Constitution reads: A well regulated Militia, being necessary to the security of a free State, the right of the people to keep and bear Arms, shall not be infringed.

Article 1, Section 15 of the Connecticut State Constitution reads: Every citizen has a right to bear arms in defense of himself and the state.

These are our guiding principles. Every human has a right to own and carry a firearm in defense of himself and the state.

Please don’t confuse the ignorant liberals with facts and the truth. They don’t really want to hear it.

This is a good read and the information needs to get out so more people can see it. Publicised in the media won’t work because they wouldn’t print it or would turn it so it wasn’t effective.