New York – -(AmmoLand.com)- When there is no media coverage of a huge NRA win, then you know it is a big win. You may not know Arthur R. Miller, but EVERY lawyer you know knows him, or of him.

As a candidate for NY Attorney General in 2018, Letitia James (then, the NY Public Advocate) pledged to investigate the NRA, an organization she called an “organ of deadly propaganda masquerading as a charity for public good.” Yup, that’s how she described you and your NRA.

According to a New York Daily News article, James stated, “The NRA has an office here in New York State and what we want to do is investigate to see whether or not they have in fact complied with the not-for-profit law in the state of New York.” Then, James later declared the 148-year-old civil rights group was a “terrorist organization.”

Since the launch of the investigation into the NRA by now-AG James, the NRA has faced an opponent camouflaged as an independent regulator. Her office sued former NRA vendor Ackerman-McQueen, to force AckMac to breech their contract terms with NRA. Here’s the deal: the NRA contends that it has the right to review potentially privileged information in Ackerman’s documents (by contract, NRA docs) before they go to the NYAG.

It is not a question of whether James can access NRA-related documents. She can. It’s a dispute about whether she (or any other tyrannical government office) can do so secretly, to purposely circumvent the NRA’s legal rights — including the right to protect our members’ personal information from a political witch hunt.

In weighs famed legal scholar Arthur R. Miller (a guy whose books are required reading for anyone in law school).

His affidavit last week attached below, in support of NRA, notes that the NYAG’s actions are not only unprecedented but dangerous. His position is such big legal news that it immediately hit the front page of The New York Law Journal.

It is not altruistic. Miller’s clear warning is that this government overreach can be similarly weaponized against liberal organizations. That the NYAG actions are so egregious to cause Miller to formally opine, is huge. On the heels of the ACLU joining with NRA in our First Amendment case against NY Gov Cuomo, another (left-side) legal icon joins NRA against NYAG.

Our outside lawyer, William Brewer, best sums these developments: “Secret, sweeping subpoenas targeting the Attorney General’s political enemies are the hallmark of a police state, not a free society,” he says. “The NRA stands against such abuses. It’s no surprise that one of the preeminent scholars of American law stands with us.”

Join the fight. Join NRA. The NRA will stand and fight for our members and for our freedoms. Every. Single. Time. 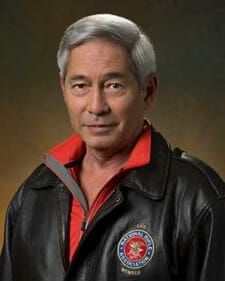 LtCol (ret) Willes K. Lee is Second Vice President of the National Rifle Association of America and serves as Chairman of the Outreach, Military and Veterans’ Affairs, and Education and Training Committees. He is a Life member of NRA, Second Amendment Foundation and recipient of their 2017 Defender of Liberty award, and Gun Owners of America. Col Lee is a combat veteran, graduate of West Point, a 22-year Ranger and Airborne qualified Armor officer. He holds an Engineering Degree from USMA and a Master’s Degree of Public Administration.

I used to support the NRA, then I saw what LaPierre and Cox were doing.

That was more than a decade ago, and I will not support the NRA until LaPierre is gone.

We need to stop the infighting and backbiting going on, the anti-gunners are eating it up. The NRA doesn’t support current ERPO laws in California, Oregon, Vermont and other states. The NRA has strongly opposed these laws because they do not protect due process rights. The NRA also opposes confiscation schemes such as these. The NRA also opposes any effort to create a federal ERPO law, in which federal agents would be tasked with seizing firearms after a hearing in federal court. We also know that states will consider ERPO laws and the NRA will push for the inclusion of… Read more »

I suspicion that the remaining funds of the NRA is being divided between the BOD and its law firm. Both must be gotten rid of. So too, the tyrants who rule NY and other places in the US need to be done away with.

So what is this law professor going to contribute. I didn’t think he was part of the bloated board or any other capacity in the NRA. New York may have them by the short hairs and their track record speaks for themselves. In one way I hope the NRA wins this because the state of NY is purely a tyrannical government.

The NRA called looking for $$$, I usually just decline because they usually ask for a couple of hundred $’s. But this time I quickly replied: “if you get Wayne Lapierre to resign then maybe we’ll give you some money.”