USA – -(AmmoLand.com)- On December 26th, 2019 the Bureau of Alcohol, Tobacco, Firearms, and Explosives issued a 60-day notice seeking public comment on the new revision of the Form 4473 – Firearms Transaction Record (see the announcement in the Federal Register here). The action is required in accordance with the Paperwork Reduction Act of 1995 (“PRA”). In essence, the PRA requires government agencies to seek approval every three years for continued use of forms utilized by government agencies and to seek public comment on the form or its new revision, if applicable.

The ATF has changed the Form 4473 and as such, is seeking public comment on the new form. While we have summarized the substantive changes to the 4473 below, you may view the revised Form on ATF’s website here, or, the Spanish version here.

Changes to Form 4473 include the following:

Orchid Advisors Is Here To Assist.

See this related discussion: Thinking of Corrupting Our Social Norms? Answer these Questions 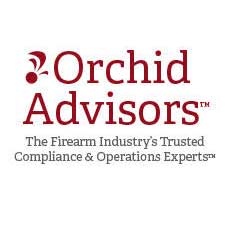 Non-binary? Seriously? Will they eventually change the form to allow these other “genders”?

Will Flatt
Reply to  Ryben Flynn

Far right, 2nd from bottom, glad to see this chart is accurate.

If they list non-binary they need to list troll, elf, fairy and gnome as races, since we’re now in the realm of make believe.

There are two sexes: male and female. Chromosomes and DNA don’t change just because someone is confused or plays dress up or even cuts and snips.

Oh you just don’t sound like someone who plays well with others. Today, I self-identify as a black trans female. Whether I started out as female or ended up that way, I haven’t decided yet. Anyway, in a few days I may be something different. The only bad part is that sometimes I get confused and don’t remember which underwear to put on. Thank goodness for skid marks though. They help me keep the front-back and inside-outside straight. See how much fun this is?

The soil around the Tree of Liberty is feeling pretty dry.

That message was heard awhile back. 🙂

Have components for ~25K rounds in the 3 calibers I primarily shoot.

P.S. Not giving up the beer though.

“The “Sex” box has been revised to include a third option of “Non-Binary”.”

Thank God!!!!! You just cannot imagine how much sleep myself and so many others on here have lost over the lack of a “Non-Binary” option on our gun purchase forms. No doubt, 2020 will be a wonderful year, despite economic upheavals, wars and rumors of wars, governmental tyranny, and so many other things, because now, we have a “Non-Binary” option on our 4473.

Heed the Call-up
Reply to  Grigori

Grigori, you are wearing pants now? Save money, wear a kilt. You can then wear the same clothing, regardless of which day it is and what you believe you might be that day.

Unlike these Leftists, we know how fun binary can be, just ask Daniel J. Tanner. 🙂

And prohibit F-Troop wannabe cops from ever holding an actual LEO/FLEA job ever!!

BATF JUST GOT TROLLED!! THIS STARTED AS AN INTERNET MEME SAYING THAT TRANS FOLKS WERE PROHIBITED FROM BUYING GUNS BECAUSE OF THEIR GENDER-BENDY STATUS AND THE LACK OF A “3RD OPTION” ON FORM 4473.

I’LL BE GETTING MY POPCORN READY FOR THE FIRST ATF RAID ON TRANNIES. OR ATF TRANNIES CONDUCTING A RAID… EITHER WAY, THIS WILL BE ENTERTAINING.

Until all states recognize “non-binary” as a sex option and start indicating that on their identification cards, having the option on the 4473 will only create problems for firearms retailers. The retailer will be the one, that has to explain to the potential buyer, that the information they put on the 4473 must match the government issued ID they provide to purchase the firearm. Unless they intend to allow a deviation on that question, it’ll create issues . It will also set a bad precedent. If they’ll give in on that question, which will be the next one they give… Read more »

Why does it have to be all states? If an individual’s state-issued ID (and maybe their birth certificate too) has an “X” marker rather than “M” or “F”, shouldn’t there be a matching box for them to check even if people in other states do not have such documents? With your “all states” idea, Wyoming could hold up changes despite having about 0.2% of the US population; talk about bad precedent. And no, merely having a DSM diagnosis does not and should not disqualify people from owning a firearm. That would discourage people from seeking help for even relatively minor… Read more »

They need to eliminate the new Section One.. there is NO compelling government interest in knowing WHICH firearm(s) I am buying. This is supposed to be a BACKGROUND check to ascertain that the BUYER is lawfully able to possess arms, WHICH arms he possesses/is acquiring are immaterial to his possession. If he cant have THIS one he can’t have ANY, and if he can’t have ANY why is he trying to buy more?

In the creation of man God made man. He created both male and female. I can’t ever remember reading where God asked anyone what they chose to be. But as much as I like Trump and most of what he stands for, the idiot went and put a gun rights hating idiot over the A.T.F.E. It’ll get a lot worse before it gets better.

Grigori
Reply to  2A proud

That has been Trump’s pattern since taking office; appoint anti-Freedom Swamp creatures who are leftovers from previous Swamp Administrations to positions of power and importance in his Administration.

This is just another indicator of how deep the moral corruption of our government is. It appears the infiltration of evil has found it’s way to the top of every major Federal Agency. The most dangerous of them all is the DOE, it’s power extends to any agency requiring a college degree, insuring a well programmed addition to the ranks of the corrupt.

Non-binary is a gender role term, not a sex term. Sex is fact, not how you feel or what role you play. Look up “sex vs gender” for a quick distinction between the two.

Forms and documents for identification or healthcare need to make that distinction by prompting for sex, not gender.

If they can’t figure out right or left, what parts they carry or their chromosome arrangement, maybe that should be a disqualification.

Soon you’ll need a lawyer to help fill out the form.

States are already issuing IDs and amending birth certificates with nonbinary markers, and a federal judge has ordered the State Department to do so with passports (Zzyym v. Pompeo), so I think this makes sense regardless of one’s gender politics. It would be better, of course, to get rid of the question, and better still to get rid of the whole form.

my comment I am opposed to some changes in Form 4473. Would like to know the rationale for changing Section A, buyers information to Section B; and Section C, firearm information to Section A, because it seems like to this person that you are more interested in the firearm than individual, possibly of a federal registration of firearms. In section A, why was the number of firearms listed reduced from 4 to 3? What is purpose of box 6? Anyone with common intelligence should be able to look at column one and see how many firearms are listed. If box… Read more »

Sent my comment in to the ATF: Regarding Section B, question regarding sex. Male/Female/Nonbinary. Nonbinary is not a question of sex, it is a question if perceived gender. And since the question relates to the ability of ffl’s and law enforcement being able to readily identify an individual, the previous question regarding sex: male/female is the most accurate question. Changing this question ad a nod to some social trend is counterproductive in this instance. Leave the question as it is. It is not worth the expense required to change the forms, nor does it aid relevant parties in readily identifying… Read more »

That’s a very good way to root out the mental health crazy’s from getting guns……Anyone that’s not a man or women is RED Flagged & barred from buying a gun, I love it………Because if you don’t know what you are, then who does!
That might rattle the liberals enough to ban the “4473” as Racist, sexist & all the other BS.

they better never let ME get elected president. The FIRST thing I’d do is dismantle the entire BATFE on the solid basis that the Constition makes NO provision for the existance of this federal agency. Once the aftershock tremors settle down enough to where the table is not shaking too much to write anything else, I’ll get to the other al[habet soup agencies that have no constititunal basis. I think I’d start with BLM, USFS, NPS, and every other FedGov club that purports to own/manage land other than those specific types outlined in that Constitution. CIA, FBI, NSA, TSA would… Read more »

I submitted my public comment, I hope many others do as well. It’s sort of like voting, if you don’t make your voice heard, the deep state will speak for you.

@DL – Also messes with succession rules – probably under theory that if no-one knows who takes over if both he and Pense keel over, no-one would be willing to make it happen.

So many “acting” secretaries and cabinet members. Some claiming to be in line of succession without senate approval.

Maybe Putrid Pelosi wants to be first “female” president? She ain’t no lady.

I was hoping that the change might be to indicate that there are no MEN who work for the BATFE, only women, girls and little sissy boy cowards.

No. Just no. If you are sick-in-the-head enough to go down that road, you need to be banned from gun ownership for life. Form 4473 specifically asks about mental status. Are they going to drop this question?