The shotguns in this program will be used to deploy specialized munitions considered “less-than-lethal” when deadly force is not justified nor warranted. The Model 870 shotguns for the program were custom designed by the Sheriff’s Department and built by Remington’s Law Enforcement Custom Build Division with highly conspicuous, brightly-colored butt stocks so they can be easily identified as “less-than-lethal”.

“We are honored to be selected by such a prestigious organization as LASD to supply application specific solutions based upon the Model 870,” stated Rick Johnson, Director of Law Enforcement Sales. “The opportunity to develop and deliver shotguns essential to the specific needs of the Los Angeles County Sheriff’s Department is something Remington is proud of.”

The Los Angeles County Sheriff’s Department has been a front runner in the development and deployment of their “less-than- lethal” program. With almost 11,000 sworn personnel, the Los Angeles County Sheriff’s Department is the third largest municipal agency in the nation providing service and protection to its residents, from the wilderness of the Angeles National Forest to the crowed inner city.

Since its introduction in 1950, nearly 10 million Model 870 shotguns have been produced. It remains the overwhelming choice for law enforcement divisions due to its historical dependability. Through numerous configurations and variants, the Model 870 platform is used for law enforcement, military applications and sporting purposes in more than 50 countries including the United States.

Remington Arms Company, LLC, (“Remington”) headquartered in Madison, N.C., designs, produces and sells sporting goods products for the hunting and shooting sports markets, as well as solutions to the military, government and law enforcement markets. Founded in 1816 in upstate New York, the Company is one of the nation’s oldest continuously operating manufacturers. Remington is the only U.S. manufacturer of both firearms and ammunition products and one of the largest domestic producers of shotguns and rifles. The Company distributes its products throughout the U.S. and in over 55 foreign countries. More information about the Company can be found at www.remington.com. 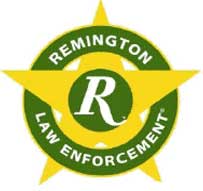