The Second Amendment is about FREEDOM and the means with which to protect your personal Freedom and our collective Freedom. Those who support gun control are really supporting “people control.” A government cannot control, subvert the rights of and enslave a Free people. To maintain Freedom requires the means with which to protect that Freedom — ARMS. History supplies that proof.

To live Free in your home, your place of work, your place of recreation and on the streets as you travel to and from your chosen destinations is Freedom. Freedom that many take for granted and rely upon others to protect.

To preserve that Freedom requires that we have the Freedom to chose whether or not to go armed.

If you chose not to go armed and rely upon others to protect your Freedom to hunt and enjoy wildlife — that’s YOUR choice and you have the Freedom to make that choice. The 4 million members of the NRA are standing strong to protect that Freedom for you, whether you care or not.

So, you go right ahead and make your choices to hunt, to own guns (“but not for self-defense”), to support gun control laws and to vote to repeal the Stand Your Ground law. The NRA will continue to fight for your Freedom to make those choices.

Throughout history, a few good men and women have always stood strong and sacrificed to protect the many.

That includes the unwise who chose not to protect themselves — and even those who brag about such folly in print. 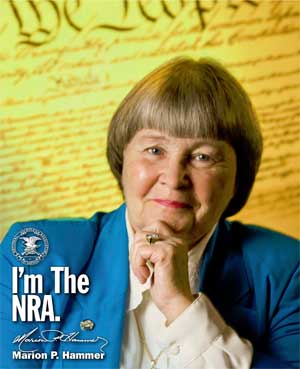