Trenton, NJ –-(Ammoland.com)- Squandering an opportunity to redeem the Garden State for its long disparagement of the Second Amendment – and in particular, the right to carry – New Jersey’s newly appointed Attorney General has instead slapped gun owners in the face in the latest set of papers in a federal lawsuit brought by ANJRPC and the Second Amendment Foundation (SAF) to overturn New Jersey’s unconstitutional handgun carry laws.

The State’s latest filing maintains its absurd position that the Second Amendment does not exist outside the home and that it is the State’s responsibility to protect the public from law-abiding citizens with firearms.

The papers even reference the Second Amendment as a “privilege.”

Gun owners had speculated that the resignation of the former Attorney General and the recent appointment of a new one by Governor Christie might signal a change in the state’s deeply flawed policy on guns.

Instead, the State’s June 28th filing in a federal appeals court reaffirms the State’s hostility toward the right of honest citizens to defend themselves with firearms outside the home – even though the police owe no duty to protect individual citizens.

“It is crystal clear that the State of New Jersey distrusts honest citizens with firearms and has no intention of ever respecting the right to defend yourself with one outside the home,” said ANJRPC President and Executive Director Scott Bach.

” New Jersey will eventually be forced by a court to do more than just pay lip service to the Second Amendment, but rather to meaningfully recognize this basic freedom. We intend to bring this case to the U.S. Supreme Court if necessary,” said Bach.

“Constitutional rights do not evaporate when someone leaves the doorstep of his or her home, and that includes the right to bear arms. One doesn’t ‘need’ to justify the exercise of a civil right, which was made perfectly clear by the court in a very similar case in Maryland earlier this year. The Garden State attorney general doesn’t understand that simple principle now, but he will.”

The case was filed in late 2010 by ANJRPC, the Second Amendment Foundation, and several individual plaintiffs, challenging New Jersey’s unconstitutional “justifiable need” standard for issuance of handgun carry permits – a nearly impossible standard to meet that has all but eliminated the right to self-defense with a firearm in the Garden State. Requiring a showing of “need” to exercise a fundamental right is unconstitutional.

The case is currently before the U.S. Third Circuit Court of Appeals, one step away from the U.S. Supreme Court. A decision from the Third Circuit is anticipated by early next year.

70+ Confirmed/Documented murders this year in Camden alone… How is this BS justified… What NJ is doing is slapping us citizens and the constitution in the face.

The ANJRPC is the arm of the NRA in NJ.

Thats cause the nra is the shittiest group ever. Plus, i dont get it either, i get so pissed jus reading or thinking about the nj laws. Its fucking disgusting.

What is the case number or code or whatever so i can follow this?

Where is my NRA on this subject. The last I looked, they consider NJ as a concealed carry state even though an average citizen can't obtain a permit. I'm very disappointed with the NRA on this issue.

It wouldn't be a waste of time because just like every other state that's legalized the Constitution through respecting the 2nd amendment. Crime rates go down instantly with firearms in the hands of the law abiding.

Christie is a republican in a democrat controlled state. He's fought for lowering the deficit, controlled spending and beating the teachers and civil service unions into realistic contracts. A pro-gun agenda will never succeed in N.J. as its basically a war zone where criminals run rampant. He will not waste trying to pass a pro gun agenda and waste political capital. Moved from there last year and reside in a pro gun state, just sayin'

First I've heard of Christie is anti gun and his police are anti public protectors. I'm vocal so everyone around will hear that he off my list as VP.

It is obvious that this appointment (of the new AG) was an Affirmative Action appointment as no one this stupid could make a living practicing law in the real world.

You would think that the AG would have read Heller or McDonald before committing anything so idiotic to paper.

I hope the good Justices of the 3rd Circuit don't spank the AG too painfully.

Who doesn't know the meaning of the word "Revolt" in N.J.?

This could be the precedent needed to help rid CA of the same "justified need" language. Since Open Carry was banned in CA, our only recourse is to apply for a CCW, and in OC, its extremely tough, requiring the applicant to show "justified need" for concealed carry. So hopefully this will open the door to relaxing requirements in my state!

Been to the "Garbage Stae" once, and that was by accident. Missed a turn while working in Philly, crossed the Delaware into Camden, and became an instant felon x52. I had an unlicensed, unregistered Glock 19 9mm and 50 rounds of hollowpoint ammo, of which each round constitutes a felony violation of New Jersey law. I turned around and got the Hell out of there ASAP, never to return. 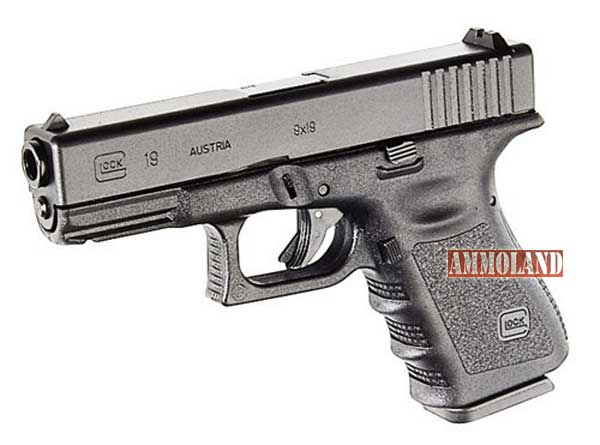 Let us not forget. Gov Christie may be a fiscal conservative, he is not a social conservative and is not a friend of the 2nd Amendment. Privilege indeed!

it is the State’s responsibility to protect the public from law abiding citizens with firearms.

I thought it was the states responsibility to protect the public from the citizens who do not follow the law, the law abiding ones can assist by carrying firearms.