Apache Junction, AZ –-(Ammoland.com)- Ever since Colt invented the revolver as we know it today an effort has been made to make it more high-powered handguns.

Like rifles many people are fascinated by very powerful arms.

The first serious attempt was the Colt Dragoon. It is a massive affair that shot a 44 caliber ball with some 50 grains of black powder in the back of it. It was effective if cumbersome and was known as a horse pistol. It was the 44 magnum of its day.

The 357 case is a lengthened 38 special loaded much hotter. Energies approach 600 FT-LBS with top loads. Smith & Wesson made large frame revolvers that were works of art for some years after the 357 was introduced. It was touted as being capable of taking almost any large game and in fact, it did. However, it would be light for large bears and similar game.

Today it is a flexible and popular round however it no longer rules the roost as the most powerful. In fact it is quite far down the line.

In 1955 the 44 Magnum came out after some years of research by Elmer Keith and others who wanted the ultimate in handgun power. Although Smith & Wesson introduced the first handgun for it others such as Ruger and Colt soon followed suit. With energies exceeding 1000 FPS it easily knocked the 357 off its perch. Today it is still popular though down a few notches in power. It is generally considered the most powerful handgun that the average shooter can master after some practice and commitment.

The 44 mags rule at the top was short-lived as the 454 Casull was announced in 1957 and introduced in 1959. It uses a lengthened 45 Colt case loaded to very high pressures. Special guns built by Freedom Arms are made to handle this round. With available bullets going up to 360 grains it will handle any game in North America. The drawback is the recoil which can be described as vicious especially in a light gun. With energies approaching 2000 FT LBS it easily took over first place in the power race. Today several companies make guns for it including Freedom Arms, Ruger, and Taurus.

In 1988 the 475 Linebaugh was announced. It takes a 45-70 case that is shortened and uses a 475 diameter bullet weighing up to 440 grains. Recoil in most guns is brutal and is suitable for big game hunting of most any species. In energy, it is about like a 454 Casull though it uses a heavier bullet. Another Linebaugh offering is the 500. It uses a 348 case cut down and formed for the 50 caliber bullet. If you like abuse, a 500-grain bullet is available for your pleasure. Energy is very slightly lower than the 475 as it can’t be loaded as heavy in a revolver due to the thinner cylinder walls. Both chamberings are very powerful and meant for the experienced hand gunner. It is a long version of the 480 Ruger which is powerful in its own right.

In 2003 Smith & Wesson settled the issue of who makes the most powerful revolver. They introduced the 500 S & W magnum for their massive M 500 revolver. It can handle bullets up to 500 grains and in some loads will produce energies that will rival a 30-06 at the muzzle. To say it is invigorating to shoot is an understatement. I have shot it with the 275 grain Barnes bullet and recoil wasn’t as bad as I thought it would be though still substantial. Also, I obtained excellent accuracy at 100 yards. It isn’t for the casual hand gunner with full power ammo.

In 2005 S & W introduced the 460 Magnum. It is an elongated version of the 454 Casull and in fact, the shorter Casull and 45 Colt ammo can be fired in it. It is billed as the world’s fastest revolver shooting a 200-grain bullet at well over 2200 FPS.

There are some other powerhouses though some of them aren’t common. The 445 Super mag was brought out by Dan Wesson for silhouette shooting. Basically, it is a lengthened by about 3/8” 44 magnum case. It is quite powerful being useful for large game hunting. It was originally designed by Elgin gates for silhouette shooting at 200 yards which it can do well. The 445 is capable of shooting 44 special and magnum ammo which enhances its utility as sometimes 445 cases are hard to find. Dan Wesson is the only company that makes revolvers and Starline makes the brass. As far as I know, no large company offers loaded ammo though some smaller companies do. It is the big brother to the 375 Super mag also an obscure cartridge.

The 500 Wyoming express was brought out by Freedom Arms in 2005 for their model 83 revolver. The case is unusual in that it is belted which is a poor feature in my estimation. The case uses a large rifle primer a trait shared by the 460 and 500 S & W cartridges. That precludes making 500’s out of another case or firing shorter cases in the gun which would reduce its utility. However, it is quite a handful generating over a ton of energy capable of handling any large game likely to be encountered. The model 83 also chambers the 45 Win mag and the 475 Wildey mag in case you are interested.

BFR (Biggest Finest Revolver) makes revolvers in 444 Marlin and 45-70 calibers. They are huge guns with limited utility. Both those cartridges are meant for rifles so you will lose some velocity in a revolver. The BFR also comes in the 450 Marlin and 30-30 chamberings and for someone who likes a revolver cartridge, the 454 Casull and 500 S & W are available. These guns weigh from 4.3 to over 5 LBS depending on barrel length and chambering.

These guns are meant for experienced hand gunners who can tolerate heavy recoil. An inexperienced person shooting such a gun will definitely be intimidated and possibly injured. These are specialized arms that do the job that they are meant for very well and they are rather expensive and not for everyone.

But  for the guy that anticipates the return of the T-Rex there are some good Super Powered Revolvers choices for you!

A Custom Reloader of Obsolete and Antique Ammo, Bob Shell, writes about the subject of Guns, Ammo, Shooting and Related Subjects. Visit: www.bobshellsblog.blogspot.com 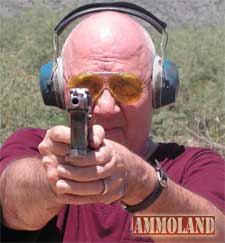 I enjoyed this article as I have also enjoyed my 454 Taurus. It is a gun I don't shoot a lot but I do shoot it frequently. I hope some day to take a deer or hog with it. I do have one question. Is that a broom handle Mauser Bob Shell is holding?

I'd like to suggest a slight correction to your article. The Dragoon was not the first. Colt's 1847 Walker .44 cap and ball was the first, 9 inch bbl, followed by 4 full size but smaller (7.5 in bbl) variants. In 1848 the Whitneyville Dragoon followed by the (model 1,2 and 3)Dragoons and in 1849 a pocket version called the 1848 Pocket Pistol or Baby Dragoon.