USA – -(Ammoland.com)- “Gun Owners of America Political Victory Fund is proud to endorse Joe Miller to represent the state of Alaska in the U.S. Senate,” an email from GOA announced Friday. “Joe Miller’s commitment to the right to keep and bear arms is unwavering … Unlike other candidates in this race, Joe Miller returned his GOA Candidate Questionnaire 100% in favor of your gun rights.”

The main “other candidate” to be concerned about is Republican Lisa Murkowski, recipient of a mediocre “C” rating from GOA based on performance in office. That assessment comes from a scorecard for votes and concludes Murkowski only agreed with GOA’s positions 69% of the time.

Among the reasons for Murkowski’s low score:  She did not vote on a concealed carry reciprocity bill they supported. She voted for a bill that would “create an incremental path to citizenship for most illegal immigrants in the country.” She voted for an amendment that “would send a person to prison for 15 years for selling a gun to a veteran, without realizing that he was one of the 165,000 military veterans who was put into the NICS system for PTSD.” And she voted for cloture on the nomination of a rabidly anti-gun New York judge to the DC Court of Appeals.

Importantly, and of vital interest to all advocates of the right to keep and bear arms, Murkowski is rated “D” by immigration group Numbers USA, further compounded by failing marks on the all-important categories of “Oppose Amnesty … Limit Unnecessary Worker Visas [and] Reduce Total Immigration.”  That’s of vital interest to defending the Second Amendment as evidenced by the Democrat Party’s, the Obama administration’s and the Hillary Clinton campaign’s push for a “pathway to citizenship.”

They know from all credible polls as well as real-world voting patterns — undeniably established in places like California — that adding millions of foreigners to the electorate will result in a Democrat supermajority that will then be able to enact all the “gun laws” Bloomberg and Feinstein want, and more. It will also ensure they can confirm federal judges to the lower courts and the Supreme Court to uphold those laws.

Joe Miller understands this, evidenced by Numbers USA giving him a perfect score and hailing him as a “true reform candidate” when he beat Murkowski in the Republican primary in 2010 (she went on to win through a write-in campaign).

This time around, Miller is running as a Libertarian Party candidate.  While some may question how that comports with the national LP’s essentially open borders platform (one that will ensure a “progressive” political takeover via “birthright citizenship”), the Alaska LP requires no such culturally-suicidal commitment.

No less a prominent libertarian figure than Murray Rothbard reconsidered his earlier assumptions and became opposed to the idea of “free immigration” in his later years. Llewellyn H. Rockwell Jr. has provided compelling documentation to demonstrate “Open Borders Are an Assault on Private Property,” and that “politically enforced multiculturalism has an exceptionally poor track record. The twentieth century affords failure after predictable failure.”

So Joe Miller’s position is, in fact, the correct libertarian one to have. And as such, it’s no surprise that he is not voting for LP presidential candidate Gary Johnson and his RKBA-challenged running mate, William Weld.

One important question remains unanswered at this writing: Will NRA once more go the “safe” establishment route and endorse incumbent Murkowski as it did in 2010? Will Fairfax continue showing indefensible deliberate indifference to the immigration threat to gun owner rights? If they do, will Wayne LaPierre or Chris Cox explain how the new voter surge facilitated by Murkowski policies will not create unbeatable Democrat majorities (with credible poll numbers to back that up)?

Learn more about Joe Miller’s positions at his Restoring Liberty website. You can donate to Joe Miller’s campaign at JoeForLiberty.com.  You can also keep up with campaign developments Facebook and Twitter. 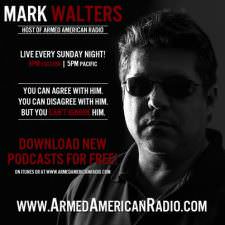 And this just in: Joe Miller will be a guest this Sunday at 10:30 p.m. Eastern time (adjust for your time zone) on the nationally-syndicated Armed American Radio program with host Mark Walters. Click here to find a station near you or to listen via live-streaming.

As an Alaskan who wrote in Lisa Murkowski the last time around, I can tell you that the main reason Miller lost here was because of his dishonesty that came to light after the primary. I’m not always happy with everything Lisa does, but she’s been rock solid on Alaskan issues and the Second Amendment in particular. What’s particularly funny is to listen to some of the leftists who voted for her, whine about feeling “betrayed” by Murkowski…. Because for some reason they didn’t think the republican they voted for, would continue to vote like a republican most of the… Read more »

Check this out, Codrea. The ny times falsely claims in the news coverage, not an editorial, that trump is wrong when he is claiming that hillary wants to destroy the second amendment. I guess wanting a mandatory australian style forced gun confiscation, being able to sue gun companies into bankruptcy and hold thrm accountable for what people do with their products, and explicitly saying she does not agree with Heller or that the second amendment is an indivudal right. http://www.unz.com/isteve/the-pim-fortuyn-solution-will-no-one-rid-me-of-this-troublesome-trump/ “In justifying his remarks, Mr. Trump falsely claimed that Mrs. Clinton wants to “destroy your Second Amendment,” apparently a reference… Read more »

Joe Miller was the Republican candidate who lost to Murkowski, a write in candidate. Why? Because the Alaska public discovered that Joe was a liar and scofflaw. Nothing has changed about old joe!

Right. Let me just finish up there for you:

It had nothing to do with Joe Miller’s tiny campaign budget vs massive establishment spending & voter fraud. Moreover, you’re as honest as the day is long, a courageous patriot, a loyal America-First conservative, and not a Murky Murcowski meat puppet!

I’m a bit confused though, Grim News (I assume that is indeed your real name).

If Miller’s a scofflaw, why didn’t he go to jail? Please enlighten us.

Because nobody ratted him out for illegally obtaining a resident hunting/fishing license at the time, and thus it didn’t come to light until 15 years after the fact, when he ran for the US Senate. That, and it’s not a charge people generally go to jail for in the first place.

Excellcellent article. So glad to see the true libertarian position on immigration repeated, and not just the koch brother left libertarian nonsense. Further reading for those interested:

Hoppe points out that left libertarians serve as “viagra to the state.”

I’ll be happy if he just breaks her piggy bank again. Less money for other vermin

jOE WILL HAVE A TOUGH TIME, JUST LIKE LAST TIME. tOO MANY LIBS AND VOTER FRAUD BY THEM.

I remember the last time Miller ran. He was ruthlessly besmirched for lying on an application for an Alaska hunting and fishing license. Seems leftists, fortified by the power of big media, wanted and got a RINO. The consequence was Murcowscee stole the election. He paid for his lie. She thumbed her nose at the conservative wing. Time to forgive him and change senators.

Using government computers to lie on online political surveys and then cover it up by blaming on someone else. Do not forgive a lying politician, ever!

What was the alleged “lie” and what proof do you have?
If Miller “lied” on a hunting application, why wasn’t he prosecuted?
Sounds bogus. I’d like to hear Miller’s side of that.

Just remember, last time he ran the Native Corporations pushed Murkowski through on a write in campaign. I don’t see it getting any better this time around. She is just there to keep shoving money to the native corps with Gov’t contracts that favor them. Those corporations will do anything they have to to keep that gravy train running.

The smug, ignorant, closed-minded Left “Libertarians” at “The Libertarian Republic” claim “Joe Miller rejects Libertarianism, but Runs as a Libertarian.” Bzzzzz. Wrong. Joe Miller is a real Libertarian. THEY are the ones who reject Libertarianism — and free market capitalism, property, and the USA — which their immigration policies would destroy far more quickly than Democrats. Real Libertarians believe in property rights, including the citizens’ ownership of the USA and the consequent right to have and enforce borders, to repel invasions and invaders (AKA illegal aliens), to protect our country from cultural terraforming, takeover, theft, and redistribution by limiting legal… Read more »