CONROE, TEXAS –-(Ammoland.com)- Aguila Ammunition invites guests to stop by their booth #2859 at the 2019 NRA Show in Indianapolis, IN from April 26th – 28th to learn more about the latest products for 2019 and to register for the limited-edition secret patch giveaway.

Be one of the first 250 people to visit the Aguila Ammunition booth on Friday, April 26th or Saturday, April 27th and sign-up to receive an exclusive Aguila PVC glow-in-the-dark patch. These patches were designed to be a part of your everyday carry and have a slit on the back to be used as a secret pocket to store and hide essentials. Aguila Ammunition teamed up with industry partners to offer prizes to 25 random participants, 25 out of the 500 patches have a gift certificate stored inside the patch for prizes ranging from $30.00 – $457.00. 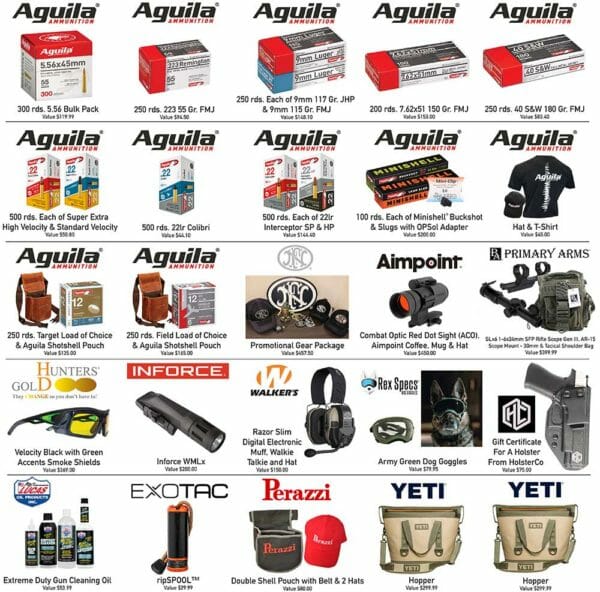 Aguila Ammunition is now offering bulk packaging for their 5.56 55 grain caliber ammo. Conveniently packed in 300 rounds per box, which equals to ten 30 round magazines of ammo, these range-ready value packs allow for a great practice session at the range. From target shooting to tactical applications, its unique boat tail design gives precision long-range shooters the accuracy and consistency they demand.

Another addition to the 2019 product line is the limited production run of the once extinct 5mm round, the ultimate varmint hunting rimfire cartridge. Originally created for the 5mm Remington Rimfire Magnum, this bottlenecked cartridge has been discontinued by other manufactures since 1982, making it difficult for 5mm rifle owners to shoot their rifles. The new 5mm is being offered in two different loads, one uses a 30 grain semi-jacketed hollow point and the second uses a 30 grain jacketed hollow point. Both loads are rated with a velocity of 2,300 FPS and delivers 352 ft/lbs of muzzle energy. Varmint hunters have been waiting years for the return of the 5mm cartridge and Aguila has brought it back in this limited run. 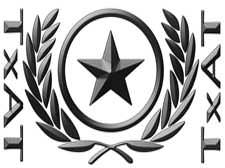 Texas Armament & Technology (TxAT) is the exclusive distributor of Aguila Ammunition in the U.S. and Canadian markets. TxAT specializes in distributing high-quality brands around the globe including distribution into the Mexican market. From marketing strategy, planning and implementation to operational optimization and logistics, TxAT has the experience to bring products to market both domestically and abroad, delivering solutions that deliver results.

Aguila, start manufacturing ammo in 25 Stevens rimfire.
Also produce ammo for 357 Maximum, load with 158, 180 and 200 grain bullets. This is a great round for lever action rifles. Good for hogs, deer and black bear. Also a good round for home protection in areas that have banned semi-auto rifles.

I should have added, Ruger bring out a version of the 10/22 in 25 Stevens rimfire, call it the 10/25 rifle.
Also, Henry, Marlin, Winchester bring out a lever action in 357 Maximum. Make the action work with 38 Long Colt, 38 Special, 357 Magnum and 357 Maximum. This would be a great rifle for coyotes, hogs, deer and black bear. Also a great home defense rifle for ones home in areas that have banned semi-auto rifles.