But it doesn’t matter, the nation is so polarized.

What may be worse, ‘mess-media’ failed to inform the public.  Don’t they know it’s illegal to shoot to wound people?

Joe Biden – and mass media – apparently need better understanding here: This is the same man who suggested firing a shotgun blast through a closed door. The mandatory gun safety rule is: “Know your target before squeezing the trigger.”

Although Joe Biden demonstrated a nearly complete lack of knowledge about firearms law, firearms safety, self-defense, and crime-prevention tactics, he has never been questioned on these subjects by mass media.

The words “Second Amendment” get invoked periodically, followed by familiar wedge-issue talking points, and substantive detail never emerges. The paucity of understanding exhibited in these displays, not just “gaffes” that can be written off with chuckles, but careless ignorance and apparent willingness to act upon it, should alarm you. Based on the few statements he has made, it is not unfair to speculate that Joe Biden would be unsafe at a shooting range with a cocked pistol fully loaded with live ammo, and a paper target downrange. Yes, the very thought put a chill through us too.

Joe Biden suggested committing felonies with firearms to a national audience. JPFO recommends contacting their spokesperson and firearms expert Charles Heller (jpfo.org) to explain why those are both dangerous felonies, and better ways to handle similar situations. Mr. Biden’s encouragement to make noise shooting a gun up into the air is a specific criminal act. In Arizona, it’s called Shannon’s law.

“While it’s legal to use deadly force to defend yourself in the most dire circumstance, it’s never legal to intentionally wound someone. If you truly believe your life is at immediate risk, the last thing you want to attempt is the most difficult shot known – hitting a moving human limb in the fractions of a second where such a shot could be legally fired at a killer assaulting you. Given his statements, I suspect Joe Biden couldn’t even recite the basic three gun safety rules.” ~ Alan Korwin, Co-Author, Supreme Court Gun Cases

Although websites were awash in chastising Joe for his foolishness, no one confronted the candidate with his unwise advice. For all we can tell, he still thinks shooting the legs out from under villains is a strategy. What sort of “news” media doesn’t bring this up? This is bigger than the Second Amendment, which is merely a concept and words.

This is iron and guns for Pete’s sake! Will somebody speak to the man? Say what, he’s holed up at home? 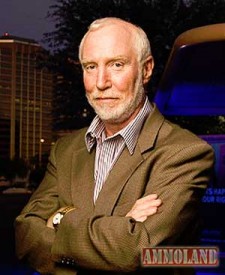 Alan Korwin, a national columnist, award-winning author of 14 books and veteran of more than 1,000 radio and TV interviews, runs Bloomfield Press, which distributes the new 2019 Traveler’s Guide to the Firearm Laws of the 50 States. He can be reached at GunLaws.com where you can read more common sense like you just read.

I still want to be able to go to the hardware store and buy a fully automatic military grade assault rifle with no background check that will take 1,000 clips in it.

And this is what some people want for a president? Vote for lieden and you aren’t black.
I’m going to be black this year. It’s all about how I FEEL but don’t worry I will remain a boy and wont go into the girls bathroom.

These people are sick.

TRUMP 2020, to keep America safe and we need common sense now more than ever.

Would you expect anything else from “Crazy Joe” Hiden?

Joe Braindead hasn’t had a functioning brain cell since, well forever or perhaps is was since he went up against Corn Pop and his bad boys.
Effing moron !

The set of basic rules that I like are:

Treat all guns as if they are loaded.
Maintain safe muzzle control at all times.
Keep your finger off the trigger until you are ready to shoot.
Be sure of your target and what is beyond.

Those “basic three gun safety rules” look like they are printed on a 50 year old piece of paper. Time to update to the “basic four safety rules”, really shortened here: 1. It’s always loaded. 2. Watch your muzzle direction. 3. Finger off trigger until you shoot. 4. Identify everything that you might hit. That older third rule, “Keep the gun unloaded until ready for use,” has no place for a concealed carrier or a person who keeps a gun safely stashed for self defense. When seconds count, the police are only minutes away. Why would you make sure that… Read more »

OFC it’s bad advice. Would you expect anything else from Negotiating Rights Away (since 1934!)? 🙂

The 2A is merely a concept and words? Are you kidding me? Talk about parsing words – if that is all that someone supposedly on the right – oops I mean correct side, can’t be too political these days – can’t see that the Second guarantees all of the rest of the Constitution while AFFIRMING our natural right to defend/protect ourselves and our family, and by extension our Republic, no wonder the antis get far too many folks confused.

May I respectfully suggest that Mr. Korwin stick with writing about that which he has, at least, a small understanding. Shooting someone and the law pertaining to such is obviously not within his purview. The fact that Ammoland chose to publish this piece is puzzling.

Last edited 1 year ago by RoyD
4

When I took my concealed and carry class some years back my instructor said if you have to shoot for self defense, point/ aim center mass of the body of your offender.
You don’t want the perp to be able to shoot back, you want to stop him from attacking.
My instructor was a deputy county sheriff with the NRA instructor rating.
Crazy old Joe needs to stay in his basement.

As an aside, I came across this article. One way to tell a lie is to just not tell the truth. They do that quite well in the article.

The only reason Biden was chosen for VP by Obama was that he never wanted to be “Upstaged” by Biden. He knows Biden is an Idiot, which made him look like the “Smartest person in the room.”

Shame on every Gun owner who voted Democrat!