Introduced by Senator V. Anthony  Ada, Bill No. 73-36, titled The Hearing Protection Act of 2021, has three additional cosponsors: Sen. Frank Blas Jr., Sen. Christopher Duenas, and Sen. James Moylan. If enacted, Guam, a U.S. Territory, would join the 42 states where suppressors are currently legal to own.

Knox Williams, Executive Director of the American Suppressor Association, provided testimony in support of the pro-suppressor legislation. Given the 14-hour time difference, the hearing, which took place at 2:00 PM local time in Guam, began at 12:00 AM Eastern on Easter Sunday.

“Testifying alongside so many local residents in support of Senator Ada’s bill was an absolute privilege.” said Knox Williams. “The hearing made one thing abundantly clear: local Guamanians want the ability to protect their hearing with suppressors. As law-abiding citizens, they deserve to have that right. We at ASA will do everything in our power to help turn Guam’s HPA into law.” 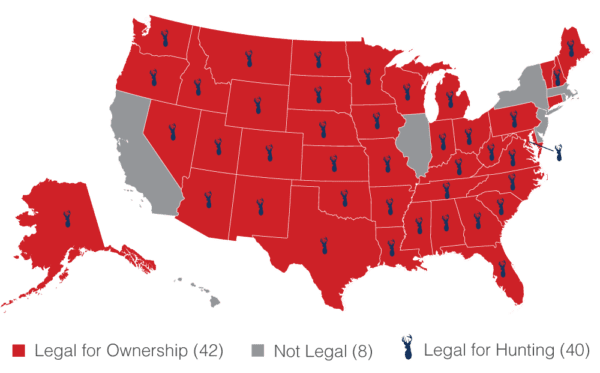 Noise-induced hearing loss and tinnitus are two of the most common afflictions for recreational shooters and hunters. Everyone knows that gunfire is loud, but very few people understand the repercussions that shooting can have on their hearing until it’s too late. Suppressors reduce the noise of a gunshot by an average of 20 – 35 dB, which is roughly the same as earplugs or earmuffs. By decreasing the overall sound signature, suppressors help to preserve the hearing of recreational shooters, hunters, and hunting dogs around the world.

Most hunters do not wear hearing protection in the field because they want to hear their surroundings. The trouble is, exposure to even a single unsuppressed gunshot can, and often does, lead to permanent hearing damage. Suppressors allow hunters to maintain full situational awareness, while still protecting their hearing. The result is a safer hunting experience for the hunter, and for those nearby.

Although legal in 42 states, suppressors have been federally regulated since the passage of the National Firearms Act of 1934. Currently, prospective buyers must send in a Form 4 application to the ATF, pay a $200 transfer tax per suppressor, undergo the same process that is required to purchase a machine gun, and wait months for ATF to process and approve the paperwork. In stark contrast, many countries in Europe place little to no regulations on their purchase, possession, or use.