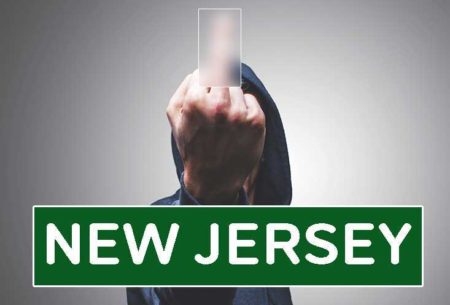 I gave a partial recount of my speech to the Philadelphia Tea Party Patriots of Central Montgomery County as a supplement to my January 9 Gun Rights Examiner column. One of the pleasant experiences of the evening I mentioned:

“I’d also like to give a quick shout out to Sandy Berardi of Gun For Hire Radio. He had a table set up to cover the event and I spent a fun hour that went by all too quickly with him and with Kevin Fialkowski of RedEye Defensive Solutions.”

I’ve been corresponding with Berardi since the event, and he shared a story with me that deserves wider cognizance. He sent an email out on the 16th to Fialkowski and me announcing the archiving of our interview and relating a scary story:

“Sorry for the short notice guys. We had another show planned for tonight, but it never took place. I actually suffered a home invasion on Friday evening and could not leave my home on Saturday to do the remote broadcast we had planned. It’s a long story that, thank God, might have been much worse given a slight turn in events. My wife Diane actually walked into the house as scumbags were ripping my gun safe out of the wall and they fled– thank God, leaving her unharmed– but rattled. No guns were taken. Anyway, hence the short notice on the airing of the episode. We’ve been dealing with all the cleanup and re-securing… they kicked in the front door shattering the entire door frame and deadbolt locks. Chaos has hit the Jersey ‘countryside.’ Lord knows what this summer will be like. Likely a long hot summer. Please let your networks know to be extra safe. We’ll be talking about the incident on next week’s show. It’s a good teaching opportunity. Be safe.”

Intrigued, I expressed relief that Diane was physically unharmed, and then sent him some follow-up questions.

“Sandy, I want to do a standalone column to include a link to our broadcast but mainly to tell the story of your wife’s home adventure with the burglars. Where I want to go with this is use it to show how NJ gun laws endanger good people-could you please take a few moments and give me your response to the following items?

“I assume she does not have a concealed carry permit because they are so hard to get for ‘average citizens’?” I asked.

There are less than 1600 carry permits issued in New Jersey (out of 9-million citizens) most of them issued to former LEOs, a few conditional permits (for armored car guards—to/from and while at work only). CCW permits must be approved by a superior court judge who deems “justifiable need,” and short of a hefty political contributions or sexual favors (but then, I repeat myself) no “average citizen” can prove need. (As an aside, virtually all of the sitting superior court judges are Clinton-era appointees, if that gives you any indication about how they feel toward the Second Amendment)

“Then the law effectively prevented her from being armed when she entered her own home, and it was just a matter of luck that the intruders were only after material items and did not respond with violence,” I observed.

We live in a rural town (“rural” being a relative term here in the most densely populated state in the Union, what we refer to as rural would make most middle-Americans might call a small city) with one of the lowest crime rates in the state. The detective who investigated the incident told me today that there are currently five known gangs all from out of the area (Bloods, Crips, Latin Kings, MS-13 etc. types) doing the break-ins. They are a violent group by nature and getting even more violent. A detective friend of mine commented to me in private that it’s a good thing they never came face-to-face because, in his words, “that’s when things get real ugly.” Lucky is an understatement. If you ask me it was more like Providential intervention.

As a strange aside to your above premise: I keep my handguns in two safes. One was destroyed while the burglars attempted to pry it open with a crowbar (my crowbar, nonetheless), and the other was taken by the detectives to dust for prints. In any “free” state, one might say, “so what?” But here, behind the Second Amendment Iron Curtain, that put me in a precarious position.

Having been left me with no “locked or fastened” place to store my handguns, I was now at peril.

Here’s the conundrum foisted upon me by the “Sh!tbags” (a term coined by my co-host… I believe it’s used as a pejorative, proper noun) who violated my home and the State of New Jersey who violated my freedom: If I left my handguns in my home and “accessible” to anyone in it while venturing to the store to purchase a new safe and the thieves, returning to finish the job they started, then stole my guns and used them to perpetuate, say a murder, I would likely be held accountable for the commission of the crime in which my guns were used, and thus charged and prosecuted. If I left my wife at home to watch the guns, and she needed to “touch” them for any reason, we would both be guilty of a felony (the illegal transfer of a firearm). And If I took my guns with me to the store for safekeeping, locked in the trunk of my car, I would still, under NJ law be committing a 1st degree felony (illegal possession of a handgun) punishable by a mandatory 7-year sentence in State’s Prison.

“How likely is this to change in NJ?” I asked. “We see an appeal has been filed in the courts. Any chance of anyone in the legislature carrying a bill forward? Who are your best friends there, and what are they doing?”

We reported this on our show: Judge Walls (whom Anthony and I refer to as judge “Off the Walls) this week rendered a 75-page decision that basically upholds the Christie administration’s view of the Second Amendment, in that it does not extend beyond your front door (citing McDonald as the basis).

My opinion: it’s more likely for me to look out my window one day and see Jesus, clad in jeans, a flannel shirt and sporting a John Deer ball cap, with a weed-whacker in one hand and a can of Budweiser in the other—trimming my driveway edging than to see CCW in NJ in our lifetime. Although I’ve been wrong about other things (the Pet Rock, the success of MTV’s “Jersey Shore,” and bacon-flavored ketchup… to name a few)

“Chris Christie did commute Brian Aitken’s sentence, but aside from that has been anti-gun in the past, and ambivalent of late,” I observed. “Your sense of the guy?”

The acronym, RINO comes to mind (nothing to do with his girth, by the way) No. He’s no friend of gun owners, the Second Amendment (or small business—but that’s a whole ‘nother topic you don’t want me to get started with)

One other thing that came to mind after our exchange was New Jersey’s “Castle Doctrine” status. It turns out there is a duty to retreat except in the home, but even so, there appears to be a loophole in the law favoring the invaders in this particular case. The relevant section in NJ Statutes is 2C:3-4 “Use of force in self-protection,” and this clause is the concern:

A reasonable belief exists when the actor, to protect himself or a third person, was in his own dwelling at the time of the offense…

Diane was not in the dwelling at the time of the offense. The intruders were. So the untested legal question appears to be: would a resident be compelled to retreat under those circumstances, or would they be justified in entering their home and using necessary force, up to and including lethal? Noting New Jersey’s draconian anti-defense laws, would you want to be the one to test that in court?

And now for the show…

To listen to the episode of Gun for Hire that was recorded after my Tea Party Patriots speech, you will need to have iTunes installed.

Then, when you’re done, bookmark that page (and the main site), and enjoy (and share) the experience.

David Codrea is a long-time gun rights advocate who defiantly challenges the folly of citizen disarmament. He is a field editor for GUNS Magazine, and a blogger at The War on Guns: Notes from the Resistance. Read more at http://www.DavidCodrea.com.