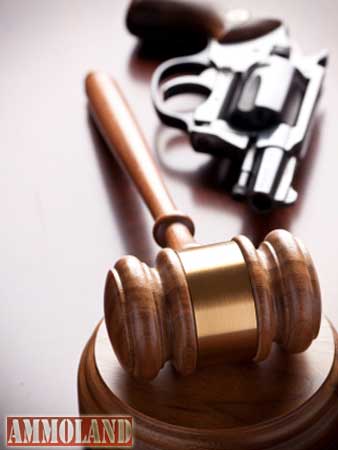 Jesus Rodriguez, 26, of Pharr, was sentenced today by Chief United States District Judge Ricardo Hinojosa to 40 months imprisonment to be followed by a two-year-term of supervised release. Rodriguez was convicted after pleading guilty on April 12, 2011, of lying on the Bureau of Alcohol, Tobacco, Firearms and Explosives (ATF) Form 4473 when he acquired 20 firearms.

Rodriguez has been in custody where he will remain pending transfer to a Bureau of Prisons facility where he will serve his sentence. As a convicted felon, Rodriguez will be prohibited from even possessing a firearm or ammunition.

The prosecution of Lopez is part of Project Safe Neighborhoods, an ongoing gun violence reduction initiative of the Department of Justice, which partners federal, state and local law enforcement agencies nationwide to engage in a unified effort to prosecute individuals who possess firearms or ammunition in violation of federal law.

The case was investigated by the ATF and prosecuted by Assistant United States Attorney Steven Schammel.

ATF is the federal agency with jurisdiction for investigating firearms crimes and regulating the firearms industry. More information on ATF can be found at www.atf.gov.

He lied about sending guns to Mexico and was sentenced to 3-1/3 years… will we expect to see the same from Eric Holder and his cronies?

The REAL criminals are in government!