Concord, NH –-(Ammoland.com)-  As Ronald Reagan used to say about lies and baseless attacks, “There you go again.”

Unfortunately, the so-called New Hampshire Firearms “Coalition” (NHFC) has persisted in its shenanigans against a candidate for NH Governor Ovide Lamontagne and others; although Ovide is distinctly pro-gun, far more so than any other candidate, THEY RATED HIM “D+”!

Pro-Gun New Hampshire (PGNH) alerted you in 2010 when Gun Owners of America gave Ovide an “A” and endorsed him, yet the NHFC gave him an “F”; see “GOA Contradicts NHFC on Ovide Lamontagne”:

For this 2012 Republican Primary (note: Primary voting is Tuesday, September 11), NRA rates Ovide Lamontagne an A- and rates Kevin Smith a B+.

On Constitutional Carry, here is a video of Ovide Lamontagne debating his Republican primary opponent Kevin Smith last week in Windham. Skip forward to 43:40 to hear it for yourself:

At approximately that point (43:40) in the video, Kevin Smith says:

“With regard to constitutional carry, I said I do have reservations about it. What I would like to see before we change the law is, I’d like to look at a study of how, if we did change the law, implementing it going forward, what would that mean in terms of public safety? Would it increase public safety, would it decrease public safety? I want to know how the current law is being implemented right now on the local level — are there abuses going on? I’d like to see all of these things so I can make the best informed decision moving forward.”

Then it was Ovide Lamontagne’s turn. He stood up and said:

“The right to carry and bear arms is fundamental in the United States and here in New Hampshire. [Audience applauds.] In fact, our own constitution is stronger than the Second Amendment itself in the United States Constitution. And this is another area where I have experience: I’m the only candidate for Governor who actually owns a firearm, at least on the Republican side. I’m the only candidate for Governor who actually has a carry license, issued by my local police department in Manchester. I’m a hunter, I’m a fisherman. I don’t just talk about this, I actually live it. I don’t need a study. If the legislature passes Constitutional Carry with the proper conditions, I will sign that bill and stand with gun owners in this state. [Audience applauds.] It’s the same with the “stand your ground” (so-called) legislation that passed, Senate Bill 88. We shifted the presumption away from thinking that citizens weren’t capable of exercising their fundamental rights without government intrusion — and we said the presumption is [now] that citizens do know what they’re doing, whether they’re at home or in a public place, [that] they have that right to exercise, and we believe that they will exercise that right responsibly. Constitutional Carry is about the same thing. It is fundamentally important that we continue to preserve that Second Amendment right, and that right to carry and bear arms.” [Applause.]

PGNH has reported for years that NHFC’s “Election Guide” is untrustworthy; see “Grading the Graders – the NHFC “2010 Primary Election Guide”:

Back then here is what PGNH said about how NHFC graded Ovide: Ovide Lamontagne received an “F” for support of a safe school zone when he was chairman of the state board of education. Ovide consistently states his support of the Second Amendment. Ovide’s positions are widely available on YouTube, in news articles, and in speeches, he gives on the stump, hardly an anti-second amendment candidate. A constitutionalist by far. In a recent online comment in the Union Leader…, a gun owner writes that “Dave Wheeler [NHFC co-founder] has been smearing him [Lamontagne] for the past 15 years.”This year the NHFC again earns an “F” again for their latest “Election Guide.”PGNH has long pointed out the NHFC’s history of questionable grading. Check out “New Hampshire Firearms Coalition Awards White Supremacist an “A” Grade, But Gives Gun Shop Owner in Same Primary a “B+”:  http://tiny.cc/tqn9jw

And finally: Dave Wheeler and the NHFC continue to smear Ovide Lamontagne on the “gun-free schools” issue. Here is a piece written in 2010 by State Rep. Paul Mirski, a giant in New Hampshire conservative/liberty politics, on that issue: http://tiny.cc/lrn9jw

Pro-Gun New Hampshire is a statewide organization of legislators, other public officials, and private citizens pledged to support and defend Second Amendment and sportsmen’s rights within the state of New Hampshire. Our focus is on influencing state legislation through the personal relationships, honorable reputations, and mature conduct of our leadership and members. Visit: www.pgnh.org 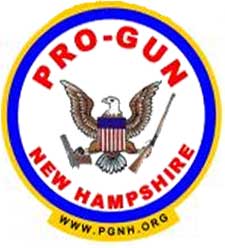 If it wasn't for the people behind the group that criticized Ovide, I'd agree with you. They are tough group, but unlike others they look at the history of a candidate's actions, not just answers to a questionnaire or words in a debate. And yes, Dave Wheeler had known Ovide for years and they do not see eye to eye on things like education and firearms, but it is based on actions, not feelings. I know they were particularly troubled by Ovide's hand in banning firearms from schools. Think about that next time you drop your child off at school… Read more »

Two of the links in the article are bad. The correct links are: