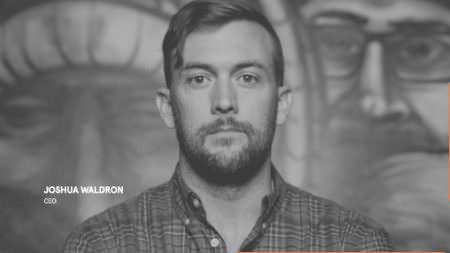 Arizona – -(Ammoland.com)- This is part 2 of a 2 part series. Part 1 dealt with legislative efforts. At the NRA annual meeting in Louisville, Kentucky, I was able to talk to Josh Waldron, CEO of SilencerCo.  Josh is more than a visionary.  He is a man who acted on his vision, and is changing the gun culture and the national culture.  Josh has always been independent.  He had a successful career as a photographer before co-founding SilencerCo in 2008.  From linkedln.com:

After 12 years as a photographer, Waldron became restless in his career, and, Coincidentally his long time childhood friend, Jonathon Shults, was also looking for other opportunities. Together they were drawn to the suppressor industry because they saw market potential that could not be ignored. They found that all the existing suppressor companies had rather antiquated technology, poor customer service, and subpar marketing, not to mention that the suppressor industry was an obscure market that not many people knew existed. Waldron and Shults felt like this obscure industry had amazing potential. They believed that if they started a company that focused on innovation, customer service, marketing, and consumer education, they could create a much bigger market.

I talked to people at the SilencerCo booth during the NRA annual meeting in Louisville, KY.  I was told that SilencerCo produces about 65% of the silencers in the United States.  The company is growing so fast that it was hard to keep up with the number of employees, currently about 330 and rising quickly.  There is no doubt that SilencerCo holds a dominant market share and is growing at an exceptionally fast rate.

The National Firearms Act (NFA), passed in 1934, imposes severe regulation and a $200 tax on legal silencers.

I asked Josh about the future of silencers and silencer legislation.

Do you have a plan, and can you tell me about it?

“From the time we have started until now, there were 18,000 then, we are now selling about 18,000 silencers every month, just SilencerCo.

In the last five years, this has been the fastest growing segment of the firearms industry.”

“People are just starting to understand. This is not a ‘cool accessory’ as much as it is a personal protection/personal safety device, just as you would consider any other device that keeps you safe while you shoot, such as safety glasses.  It is really the only true way to hunt while you protect your hearing.”

“As we continue to educate the market, it grows exponentially. A guy will get one who has never had one before, he brings it home, he shows his friends, and they say ‘Oh my gosh, I want to buy one!’ Every time we get suppressors out there, the snowball continues to grow and get bigger and bigger.”

Do you fear that removal of suppressors from the NFA (National Firearms Act) will cut into your profit margin?

“I don’t think so.  We don’t get to take full benefit of the economies of scale. We have to order materials on a small batch basis. As we increase the number of suppressors going out the door we decrease the amount that it costs us.  We haven’t pushed it to the level where are seeing those economies of scale.”

I saw the Maxim 9, SilencerCo’s integrally suppressed pistol, at the Shot Show in Las Vegas. Is the Maxim 9 in production yet?

“It is not in production yet.  Projects of this size take a lot of research and development. They take a lot of torture testing.  We have to put it through a lot of standard testing. We use outside firms that come in and test and evaluate, so that we can hold our heads up high and say ‘This is a duty grade weapon’.  We are not going to release it until it is.

I do not want to be marketing to our men and women in uniform, and saying this is a safe way to shoot until we can say this is a perfect firearm for them. The amount of testing is extremely rigorous. We are on schedule. We will release it, probably in December.”

Is the Maxim 9 your entry into a future market of integrally suppressed firearms?

“Yes. Our intention with the Maxim brand is to have integrally suppressed firearms in that brand. We are talking everything from shotguns to rifles to pistols.  The pistol is a good place to start because it is the holy grail of integrally suppressed guns that everyone has wanted. It is extremely difficult to do. People have tried it and failed, years and years, for decades, and this is the first time it has actually been viable and real.  We are very excited about that, and very proud of that. We are going to move into new calibers as soon as this one starts shipping. We are very excited to expand that line.

Do I think the gun companies will compete?  They can try.  Number one, our IQ is amazing around this product.  We spent a lot of time researching every firearm, every handgun that you can think of.  How the mechanisms worked, and why.  We had to be thorough. Which is why we designed the gun from the ground up. We went into every single style of this type of firearm, and other types of handguns as well, and really, truly understand how it needed to be designed. We had to take every mechanism, the guide rods, the springs, the things that are in front of the chamber in a conventional handgun, and move them behind the chamber. That was our biggest challenge.  Do I think that some of those guys will start competing and get around our IQ?  It will be a lot harder for them than for us. Because we are the ones who figured it out in the first place, and we have a lot of patents around that.”

Rifles have had a lot solutions that people have had for a long time.

There are about 400 million firearms in the U.S. right now. Most of those were not designed with a suppressor in mind. There is a huge market for retrofitted suppressors.

The field is ready to harvest as far as creating a new platform.  A new platform that has never been done before this, that was designed from the ground up with the intention of being suppressed, integrally suppressed.”

You say you are going to stay on the high end. I looked at some of the markets. There is a lot of low end potential out there.

There are a lot of Chevys out there and not many Rolls Royces.

“True. But Rolls Royces are a lot more fun.”

I do not know what percentage of the market the high end will be. It is impossible to know.

“It is an impossible to know what the percentage of the market the high end will be. It is important to me to make the best product in the world.  I am a brand guy.  My brand is very important to me to so if I am making things that are less than the best, that is not ever something that I want. I always want to be top shelf.”

Are you exporting much?

“We export, yes. We can’t export to the commercial market. Only to the military and law enforcement.  It is a State Department thing.

We have a bill right now, it is called the Suppressor Export Act. Congressman Jeff Stewart is the one that is sponsoring that bill for us.  It would ensure that the State Department would have to allow us to take part in the world market, that is available, that we are not able to take part in right now.

There are suppressor manufacturers all over the world, and they sell all over the world.  The United States is the only place where they are this regulated. It is just crazy.  You can go to the UK, where it is really hard to own a gun, and you can buy a suppressor over the counter, without a background check.”

“We are behind the curve when it comes to the rest of the world.”

Your market share is dominant. Your sales growth is exponential, isn’t it?

Can you buy stock?

“We are a private company.”

What needs to happen is what we did here in Washignton State a few years back. For many sessions, there was a bill put forward to make USE of suppressors legal. One could OWN one, with NSA “permission” and the fine, er, fee, ere, tax. But it could not be USED within Washington State. The bills never got enough traction to get out of committee. Then some men were shooting in an open publically accessible gravel pit area in Snohomish County *north of Seattle), someone called, sheriff showed up to “check”, wanted to “inspect” the guns being used and in… Read more »

How often are federal regulations in conflict with the constitution?
National Firearms Act requirements fly in the face of the 2nd amendment, the 1968 gun control legislation is also unconstitutional.
Neither of these have been brought through the courts to determine Constitutionality.