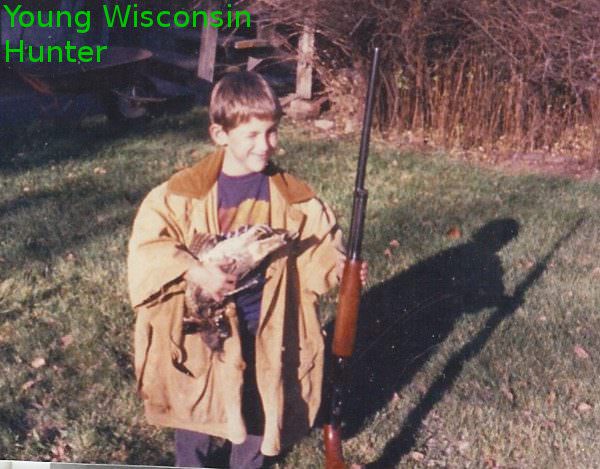 Arizona -(Ammoland.com)- The Wisconsin legislature continues to reform old hunting and gun laws. Most states do not impose a limit on the age at which people can start hunting. Wisconsin was one of those few.

For millennium, hunters were started hunting when their parents thought they were mature enough to do so.

Wisconsin has returned to that tradition. The reform allows parents to take their children hunting at ages less than 10. Children are individuals and highly variable.

Some children will be responsible and capable of instruction at less than 10. Other children may remain irresponsible all of their lives.  Parents are in a far better position to determine children's capacities than the government is.

Gov. Scott Walker signed four sportsman bills Saturday, including Assembly Bill 455 , which will allow children of any age to hunt with guns.

The bill also eliminates the current limit of one hunting device that a mentor and a mentee may have while hunting.

Thirty-four states have no minimum hunting age, according to the Wisconsin Hunters' Rights Coalition.

9       hunting, possess or control a firearm if all of the following apply:

Responsibility is something that comes with practice. The more responsibility a child is given, the more responsible they become.  In much of the United States, giving a child the responsibility to handle a firearm safely is a rite of passage. It does not happen instantaneously. Parents must observe and make judgments. Parents instruct their children first, or have a trusted family friend mentor them. The parent or friend accompany them on early hunts to insure safety. Only after they have shown themselves to be responsible, are they allowed to hunt alone.

The question is: who shall be in charge of children's upbringing? Shall it be the government, or shall it be parents? The pendulum has swung very far toward government control. This statute restores a little bit of parental control over their children.

I learned gun handling and hunting from my Father, first by accompanying him while hunting, then hunting with my siblings and alone. Safety rules were drilled into me with clear discipline.

Many young people have little opportunity to learn to hunt, because they live in urban environments. I introduce young people to hunting when I have the opportunity.  If you have the chance, act as a mentor to a young hunter. Teaching someone to hunt is often more rewarding than hunting by yourself. Be a volunteer uncle or grandparent who knows the woods and how to hunt. You will not regret it.

It isn’t “deer season” and it is a shotgun so depending on unknown details, blaze orange, or some other color may not be required. Since he isn’t actually shooting, ear and eye protection isn’t required either just to take a picture in the back yard behind the house [notice te mowed lawn and fence line.

But it is great that another state is providing a means to raise a generation of hunters.

Way back when, in Tennessee, when all farm land was not tied up in leases, Myself and one of my teenage sons, and probably one of their friends could go from farm to farm and ask for permission to hunt their land. Also, traipsing along was my 10 year old son. He and I would go up and knock on the door to ask permission to hunt while he was wearing his big brothers blaze orange hunting cap. The hat was too big and usually just a little crooked. That picture got us permission to hunt on many farms. The… Read more »

A famous person once said, “Stupid is as stupid does.”
If a picture is truly worth a thousand words, why not make sure they are all accurate?
Just Sayin’…

Still ANOTHER failure by photo editors! It’s obviously firearms hunting season, so why isn’t the young hunter wearing high-visibility hunter orange? I swear: Photocrats seldom are field people, and have little knowledge of hunting and fishing matters. For example, there are photos of shooters posing with index fingers inside the trigger0guard, and “fishermen” holding a rod in the left hand with the open-faced spinning reel ON TOP, while merrily cranking backwards with the right hand! I don’t know whom to blame: the photo editor or the editor who allows publication of self-defeating photos. We don’t need to provide more self-defeating… Read more »

He isn’t “hunting”, he’s standing there with a shotgun with the action open posing for a picture. Grow up.

True: it’s a photo op. But, when/if the little bugger goes hunting without high-visibility garments and gets shot, IT’S THE GUN’S FAULT! as Mark Kelly and his ventriloquist’s dummy, Gabby Giffords, will claim.

Why would you even make that statement? It’s as though you’re assuming he’ll do those those things and you know what assuming will make you!

Vanns40, WHO will do WHAT things? Unclear.

@durabo the rest of what Vanns is trying to tell you is: by assuming makes an @ss out of you. I think.

He’ll go without wearing high vis clothing. Why would you even make that assumption? There is nothing to back that up.