“We are very excited to introduce Team Ruger, and particularly with a shooter of Doug Koenig’s caliber at the helm,” said Chris Killoy, Ruger’s President and CEO. “Doug is an outstanding addition to the Ruger team, bringing both a winning attitude and a true passion for growing the shooting and outdoor sports to the team.”

In addition to serving as Team Ruger’s Captain, Doug will also represent the Company as an official Brand Ambassador. Highly regarded for his talents, Doug is an athlete, lifelong hunter and world champion professional shooter. Doug began shooting competitively at the age of 17, winning both regional and national competitions. Since turning Pro in 1990, he has shot a perfect score of 1920 an unprecedented 17 times at the NRA Bianchi Cup. As he approaches his 31st year competing, this 18-time Bianchi Cup Champion’s wins include more than 70 National and 10 World titles.

“I am thrilled to join Team Ruger and partner with such an iconic brand in our industry,” said Koenig. “Ruger’s depth and breadth of products is a perfect fit for both my competitive shooting and hunting endeavors,” he concluded.

Doug also hosts his own TV show, “Doug Koenig’s Championship Season,” where Ruger is now the Presenting Sponsor. Each week, the show features a gritty combination of fast-paced shooting competition and wild hunting adventure – all with rugged, reliable Ruger® firearms. 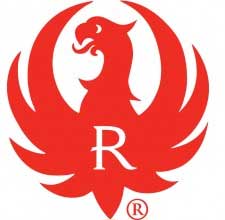 Sturm, Ruger & Co., Inc. is one of the nation's leading manufacturers of rugged, reliable firearms for the commercial sporting market. As a full-line manufacturer of American-made firearms, Ruger offers consumers over 400 variations of more than 30 product lines. For more than 60 years, Ruger has been a model of corporate and community responsibility. Our motto, “Arms Makers for Responsible Citizens,” echoes the importance of these principles as we work hard to deliver quality and innovative firearms.

Dear Sirs,
How do I obtain a Ruger Shooting Team shirt. My Command is having a Sports team shirt event. Your shirt would be unique as everyone else would be wearing traditional sport team shirts.