Fayetteville, AR –-(Ammoland.com)- Cody Wilson, owner of Defense Distributed and designer of 3-D printed firearms, has been arrested in Taiwan pending extradition to the United States to face charges related to having paid a sixteen-year-old girl in Austin, TX to have sex with him. The evidence against Wilson includes the victim’s account of the incident, telephone records and messages on an Internet dating site, and surveillance video from the hotel where the crime allegedly took place. Wilson missed his flight back to this country, having been informed by a friend of the victim that he was the subject of an investigation.

Cody Wilson was extradited back to the custody United States Marshalls this weekend in Houston, Texas. As of Monday, September 24th, Wilson is out on bail, which was set at $150,000.

If found guilty of charges of sexual assualt on a juvenille, Wilson could face up to 20 years in prison and would become a prohibited person unable to own firearms.

This news is being passed around by supporters of gun control on social media with an implied Nelsonian “Ha ha!” Now if Wilson is tried and convicted, and the evidence appears to be damning, he will justly look forward to a long stretch in prison, and much good may it do him. But what about his design and the movement, crypto-anarchism, that he identifies himself as a part of?

It would be easy for those who are predisposed to be against the idea of 3-D printed guns to see what Wilson is alleged to have done as the predictable behavior of someone who opposes societal rules. I am told on a regular basis that a core of libertarian philosophy is John Stuart Mill’s harm principle, the idea that if what I’m doing isn’t harming someone else, I should be free to act. The notion of consent in what people do with each other is a part of that, as is a recognition of an age below which consent cannot be given. Perhaps Wilson didn’t get the word.

What can be said is that no political philosophy works if the people trying to put it into practice have no moral center. What Wilson is accused of doing, however, is not consistent with the principle behind the Liberator pistol and following designs.

The ability to print out a firearm at home is an example of distributed power, the democratization of agency. In Europe, weapons have often been treated as the privilege of the aristocracy, though as the German messer shows, the peasants will find a way. And in a free society, one that works to remove barriers to opportunity and to participate in how society is organized and run, setting aside a special set of rules for the few is antithetical to how things are supposed to be.

Gun control advocates might ask here how more guns in more hands would do anything to stop what Wilson is alleged to have done. I offer them the case of Sarah McKinley, an Oklahoma widow who shot a man who broke into her home while she and her infant son were inside. She was eighteen at the time.

The girl who alleges that Cody Wilson paid her for sex was not forced in the sense that a home invader forces himself on the occupants, and so being able to print out a firearm at home isn’t the solution to what he is supposed to have done. But what 3-D printing of guns is aimed at doing is to provide more people the choice to resist violations. A greater respect for personal choice is at stake here, and adults imposing themselves on children is dissonant with that value.

Cody Wilson needs to face the charges against him and take the consequences, whatever they turn out to be. The concept of distributing firearm designs that he participated in does not depend on him and is not the result of his personal behavior. We can acknowledge a person’s wrongdoing without disposing of the ideas that he contributed to. 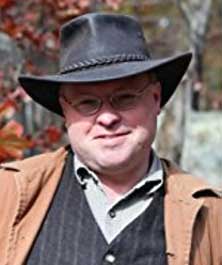 If it wasn’t a setup then how did the police get the evidence? I guess if Wilson had been a famous Hollywood director then extradition would have been out of the question. He just was in the wrong racket…….maybe a D politician?

What kind of fair trial can Cody Wilson get when a nation-wide publication writes that defendant Wilson “needs to face charges related to having paid a sixteen-year-old girl in Austin, TX to have sex with him.”
“… having paid a sixteen year old girl … to have sex with him.” publishes the mere allegation as if it were a fact, thus prejudicing the minds of the public, and that is an excellent procedural defense.

Grounds for dismissal against Cody because void any charges against the girl by the DA’s office is a loud statement that it is permissible for females, especially minors to engage in prostitution.

Sex is the current most effective weapon the progressives have for now. They can lie, cheat and overcome because they have women that will verify and vilify anyone that is in disagreement with them. It is beyond time for someone who has had their life destroyed by these bobble heads to sue and sue for big dollars. It would pleasure me to see one or more of these bad actors pay through the nose for ever for their deceptions. I thought he was the one that did it is not enough reason to destroy someone. Either have facts and proof… Read more »

There is no doubt in my mind that this was a setup sting, that most likely perpetrated by a Demorat/Liberal scumbag.
However, IF I am wrong by some minuscule chance, then he needs to “pay the piper” for his crime.

Greg, Did you use a random mixer to combine and mix the two separate stories?
The girl who alleges that Cody Wilson paid her for sex was not forced in the sense that a home invader forces himself on the occupants, and so being able to print out a firearm at home isn’t the solution to what he is supposed to have done.]

This was obviously a sting operation to take him down since he basically “spit” in the face of the judge. I pray he beats the rap/setup. This is how low the FIB and other government agencies will stoop in order to make a “lesson” out of someone. “How dare he do one better than us!” We are at the precipice of destruction in this country and still people are asleep.

I don’t know the facts, of have access to the texts, that would indicate he was aware of her age. She did knowingly misrepresent herself on the web site. Unless they can prove he had intent to have sex with a minor, he can get off, but only if he can afford a very good attorney. It takes lots of money to defend yourself in this country. But for me he is innocent until proven guilty.

In Texas, no such defense exists. “Sexual Assault of a Child 14-17 ” is the charge filed. It carries prison time, and not being aware of the girls age, is no defense. Sadly, this has been the case, for the last 20yrs or so, thanks to a conservative legislature, whom acted “in the best interests of the child” No doubt a book(s) & movie deal is in the works soon. STATUTORY RAPE used to include sexual acts even by “consenting” minors under the age of consent. Pedophile, or conspiracy victim, a jury will no doubt decide his fate in a… Read more »

In this country you can literally charge a ham sandwich but it doesn’t mean that your sandwich, “did it”?

Innocent until proven guilty, people. We haven’t heard anything from Cody yet, so it would probably be best to wait until that point or you chance making yourself look like a dumbass.

@GR, I wonder how the “authorities” will prove what she alleges?

@WB, In the real world, ANY, “authorities” that attempt to garner any semblance of prosecutorial evidence worthy of a trial will face career suicide, of not a lengthy prison sentence. As what seems to be a minor misrepresenting herself to get onto a website that is supposed to have adult safeguards in place lays the groundwork for Cody to have a very healthy lawsuit against not only the website owner(s) and operator(s) but of the girl as well. This is not to mention the criminal charges that must be laid against the girl before they even bring Cody to trial… Read more »

Amazing……It seems one of the only ways to bring someone down is SEX.

Unless they are a dem

Its obvious his “prostitute” was in on it. She lies about her age of consent and now they can arrest him. Perfect excuse.