The brief is supporting gun owners who had their constitutional right to keep and bear arms violated by Section 302 of the Pennsylvania Mental Health Procedures Act (MHPA).

Under current Pennsylvania law, an individual who is involuntarily subjected to an evaluation and treatment pursuant to 50 P.S. § 7302 is permanently barred from exercising his constitutional right to keep and bear arms. The GOA-supported brief outlines relevant state, federal, and US Supreme Court precedents that such prohibitions are a violation of the Second Amendment and Fourteenth Amendment due process protections.

“We are arguing that the permanent prohibition to own a firearm for an involuntary, Section 302 commitment is unconstitutional and a violation of John Doe’s right of due process under the Commonwealth Constitution and the US Constitution,” said Dr. Val Finnell, Pennsylvania Director for Gun Owners of America.

“The only thing required to lose your gun rights under the MHPA is a stroke of a doctor’s pen and that’s wrong.” 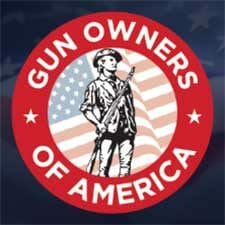 Dr. Val Finnell, or another GOA spokesman, is available for interviews. Gun Owners of America is a nonprofit lobbying organization dedicated to protecting the right to keep and bear arms without compromise. GOA represents over 2 million members and activists. For more information, visit GOA’s Newsroom.

I think this is the first red flag to be brought to court. There is no reason they should not win this. Not that many days ago I read someone say that the NRA is our number one gun rights group, if so where are they? Oh that’s right, they think red flag laws are good. Good job GOA.

Concur with the other posters. My donations to GOA are well-spent, in my view. They fight the good fight, and are there when and where we need them. NRA? AWOL.

Dammit, now I have to send more money over to GOA for doing what I hired them to do. And how is it that Adam Kraut didn’t get elected to the board of the NRA, he seems more interested in protecting our rights than some ‘celebrity’ member.

It is a good start. Taking a position and demanding action at the State Level, is a plan of, better sooner than later. -G.O.A. has action plans, they are effectual. -G.O.A. has focused energy and stays on the mission critical path of The Defense of the 2nd. – Much needed. -This is why I clamor over and over again as to why all disposable income and said funds should be channeled towards G.O.A. -The other 2nd Amendment Organization (which I am a Life Member of) will have to take a back seat, at least until they can figure out the… Read more »