The radical, anti-gun progressives running for president are no longer hiding the ball: they want to forcibly take firearms away from law-abiding citizens.

We’ve seen radical politicians talk about this before, but never as overtly and openly as on last week’s debate stage. If you missed it, not a single candidate stood up for our Constitutional rights.

Beto’s fellow progressives went a step beyond silence, stating they all support radical policies such as an ‘assault weapons’ ban, a ‘high capacity’ magazine ban, and forced gun buyback program. A scary thought, considering not a single one can define what an ‘assault weapon’ is.

We cannot afford to have our Constitutional rights taken away by radical progressives. To fight back and stand for our rights, we need you. Will you join the local gun rights organization that is fighting every day against these radicals?

If you want to defend freedom and stand for what is right, join NMSSA today by clicking here! 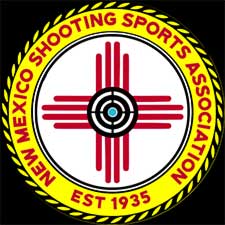 The New Mexico Shooting Sports Association, Inc. is a 501c4 non-profit corporation which has the following purposes: To promote social welfare and public safety, law and order, and the national defense; to educate and train citizens of good repute in the safe and efficient handling of small arms, and in the technique of design, production and group instruction; to increase the knowledge of small arms and promote efficiency in the use of such arms on the part of members of law enforcement agencies, of the armed forces and of citizens who would be subject to service in the event of war; and to encourage the lawful ownership and use of small arms by citizens of good repute. https://nmssa.org/

I’d rather have a root canal without novocaine than spend one second wasting my life watching that bunch of sick, crooked, egotistical, unethical, immoral degenerates do or say anything.

@JPM, Yes, and, by the Grace of God, may they keep talking wilder and wilder.

My time is more valuable than to watch insanity on camera!!!!!!!!!!

The more that we watch politicians, the more we understand how criminals think…

Again Read more: https://www.ammoland.com/2019/09/orourkes-hell-yes-candor-bares-all-democrats-true-intent-on-guns-video/#ixzz5zh2p5xwr Under Creative Commons License: Attribution Follow us: @Ammoland on Twitter | Ammoland on Facebook Beto is a bald face liar. Unless he brought his own people with him so he could have this conversation at a gun store he is handing out a line of bullshit. I’ve been to these gun shows and that is not the conversation taking place. I believe the increase sells of these Guns tells the real story. If what he was saying were true the American people would not be buy ARs and AK’s in record numbers. And I can not… Read more »

We all know Robert Francis isn’t even getting the nomination let alone the Presidency.
He couldn’t beat Cruz in his home state while spending the most money ever on a Senate campaign!!
What a joke!

Evidently, upholding the constitution is no longer required either to legislate, judge or be president of the U S A. The oath that I took DID mention the nation, the people and the constitution. Above that there is a mandate from the LORD HIMSELF that says “If a man has no sword, let him sell his cloak and buy one” See Luke 22:36. The assault weapon of the day was a sword. The assault weapon of this day is an M-4. This is fully automatic not the semiautomatic version known as an AR-15. The second amendment says: the right of… Read more »

Will Flatt
Reply to  Deplorable Bill

Upholding the Constitution is STILL part of the OATH they took!! They just choose to IGNORE IT & work to DESTROY our Republic! As such, they’re OATH BREAKERS, TRAITORS and SUBJECT TO ARREST!!

Deplorable Bill
Reply to  Will Flatt

There is a lawful, legitimate penalty for treason, it was and is still death. I vote we throw in a good, public tarring and feathering before sentence is carried out. Arm up, carry on.

Will Flatt
Reply to  Deplorable Bill

Yeah I’d love to dip those SOB’s in some hot tar and then roll them in feathers!

Littlejohn1411
Reply to  Will Flatt

Isn’t treason punishable by death? Like I said in another post, we need to bring back the ways when our Constitution and Bill of Rights were written and park a Gallows in front of congress.

Will Flatt
Reply to  Littlejohn1411

Yes it is, and yes we will. The politicians are forcing the hand of the American people. These pols need to be schooled about who the boss is.

I absolutely agree with your sentiment, SCC, but “treason” is not the correct term. These DemoKKKrats, by breaking their oath-of-office, have actually committed the offense of federal-level felony perjury – which does also carry the death penalty (at federal level, certainly, as well as in come states, too).

So, yes, bring out the Gallows! For the appropriate offense…

Yes you are correct, I pulled one of my many books on the constitution and indeed treason is an incorrect charge. On another note, I feel there is really only one way to get rid of the problems but knowing that we’re being watched closely I try not to loose my temper and definitely watch what I say and put in writing which I believe is good advice for many trying to fight for our freedoms.

As they a espouse un American ideals,why should any American consider voting for such trash,their ideals are antithetical to a Constitutional Republic.

No AMERICAN will vote for these domestic enemies of liberty… but there are LOTS of COMMIECRATS who WILL!!! Patriots need to PREPARE FOR CIVIL WAR – IT’S COMING!

JoeUSooner
Reply to  Will Flatt

Even Obama’s Homeland Security bigwigs admitted to Congress (months before the last presidential election) that civil war is indeed coming to the US. [Note that they did not say “might,” or “may,” or “could,” they said civil war specifically “will” occur.]

Wild Bill
Reply to  Will Flatt

@WF, Prepare how? Are we going to revolt against a friendly administration that has six years to go? Or are the libtards going to take up arms? Prep for either of these would be entirely different.
How will we communicate? What is the chain of command. Do we follow Army doctrine or Marine doctrine? What about supply? What is the target list? Air support? Does anyone have a log plan, strat plan, or even goals. What will you do with libtards that surrender? Hold them, feed them, provide med, and then let them go?

Will Flatt
Reply to  Wild Bill

Any administration that wants to infringe your RKBA, even a GOP admin, IS NO FRIEND. I agree prepping for two different scenarios requires different preps but there’s no reason why anyone can’t implement an all-hazards plan like the government (and the military in particular) does. As for doctrine, it’s all joint now anyway. The rest I’ll leave to your own mind, as such things shouldn’t be discussed in the open.