U.S.A. -(AmmoLand.com)- With the explosion of online video game streaming services like Twitch in the last few years, more and more companies are using the platform to reach audiences normally out of their target demographic or purview. But with the incredible reach of these streaming sights, some political candidates have even utilized them to reach voters.

So it makes perfect sense that pro-Second Amendment organizations should do the same, and reach younger audiences. The latest is a group called 2AGaming. Sponsored by Rainier Arms, a reseller and manufacturer of firearms and accessories out of Oregon, 2A gaming is an outreach program designed to introduce younger people to firearms. They just put out a press release on their influence, and how now is the best time for 2A groups to get involved. They are supported by the Second Amendment Foundation and even endorsed by Alan Gottlieb himself! Full release below.

With so many people spending more time at home due to COVID-19 the number of hours watched for game streaming has skyrocketed.

A new game just came out called Valorant and on Twitch alone had over 1.7 million viewers the first day and has held the #1 spot ever since. So far in April it has a total of 261 million hours watched.

Only a few people have access to the game currently and 2AGaming is one of those.

People Care About Their Rights More Than Ever

With the lockdowns spreading across the country more people are watching what lawmakers are doing in terms of their freedoms. As you might have seen in the past month we have seen numerous attacks on the Second Amendment during a time that more people than ever before are looking to exercise their rights.

Video game streams are a great way to help draw in a younger audience and help educate them on what rights they have as well as why those rights are important.

We Need Your Help!

We need as many people as we can to follow and share so that we can grow the Pro-2A movement.

We are growing quickly on Facebook but Twitch has been a lot slower.
Views are driven by algorithms. The more people watching, commenting, and interacting with streams the more that stream will be advertised in front of new people.
Together we can grow the community and protect the Second Amendment. 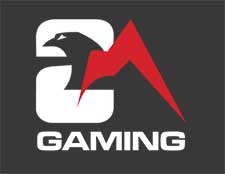 About 2AGaming:
2AGaming is a project by the Second Amendment Foundation to help spread education that video games do not cause violence as well as talk about national 2A issues and events. You can find more information about them over at www.2A.GG