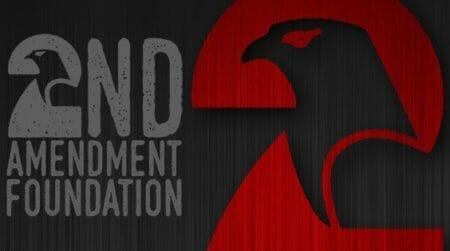 USA – -(AmmoLand.com)- For the second year in a row, the annual Gun Rights Policy Conference (GRPC) co-hosted by the Second Amendment Foundation and Citizens Committee for the Right to Keep and Bear Arms, will be a “virtual” event with presentations and panel discussions all online.

The Sept. 25-26 2021 event is the 36th annual GRPC, and this year’s theme is “Saving Freedom,” according to SAF founder and Executive Vice President Alan Gottlieb. He also chairs the CCRKBA, and for both organizations, it has been a very busy year.

Things do not appear in any danger of slowing down, either, with Joe Biden in the White House, Nancy Pelosi and Chuck Schumer in charge on Capitol Hill, and statewide elections coming up in both New Jersey and Virginia. In addition, SAF is involved in dozens of gun rights cases, and there will likely be reports on the progress of at least some of those legal efforts during the weekend-long conference.

Last year, according to the SAF website, more than 6,500 people signed up for the conference. It may be viewed on several platforms including YouTube and Facebook.

As noted by SAF, this year’s conference will take a close look at the situation in Illinois with the dispute over Firearm Owner Identification (FOID) cards, and a report on the upcoming arguments before the U.S. Supreme Court in the case of New York State Rifle & Pistol Association v. Bruen. As previously reported by AmmoLand News, the hearing date is Nov. 3, the Wednesday following election day.

November 2 is an important date for gun voters in two states, New Jersey and Virginia. Every vote will count in both states, as the legislatures and governor’s offices are up for grabs. While New Jersey may be a tough proposition for gun owners [NJ has rampant voter fraud issues], Second Amendment voters south of the Potomac River just might be able to recapture Richmond and turn around the gun control agenda pushed through in 2020 by Democrats and outgoing Gov. Ralph Northam, who cannot run for re-election.

Looking to move back into the Governor’s Mansion is equally anti-gun Democrat and former governor, Terry McAuliffe, who is already being supported by Joe Biden and Kamala Harris. And there was an interesting report at The Hill revealing how former President Bill Clinton appeared recently at a fundraiser for McAuliffe in upstate New York, from whence McAuliffe hails. A McAuliffe defeat would send a signal to northern Virginia liberals and the Biden administration that they are in for trouble in 2022.

While McAuliffe may be something of a Democrat carpetbagger, Republican gubernatorial candidate Glenn Youngkin, 54, is a Richmond native. He attended Rice University on a basketball scholarship earning BS and BA degrees. He earned an MBA at Harvard. This is his first run at public office.

In the meantime, the upcoming GRPC program is loaded. As noted at the SAF website, this year’s speakers include:

Pre-registration is already in progress. Readers can register online here.

Last year’s event was eventually viewed by tens of thousands of gun rights activists across the country on multiple platforms, SAF noted in an after-action report. At the time, Gottlieb acknowledged it would be impossible to get an exact count of all the people who watched because several groups held “Watch Parties” attended by many people watching the program on large screens. What’s more, he said the GRPC program, which appeared as a live Facebook event, could be views in total or in segments, at the SAF website or on YouTube.

People who register for the conference will receive updates between now and Sept. 25, according to SAF.

Dave Workman is a senior editor at TheGunMag.com and Liberty Park Press, author of multiple books on the Right to Keep & Bear Arms, and formerly an NRA-certified firearms instructor.

“I too served with you and had forgotten about Workman’s duplicity.”
https://www.ammoland.com/2019/07/shit-storm-todays-nra-heads-need-to-roll/#comment-2766267

Last edited 4 months ago by Russn8r
0

Colorado Springs police secretly recorded non-civilians, but they don’t like it when civilians openly (and legally) film them in a public place. When they infringe on civilians’ rights, the enforcers get more training and taxpayers pay for their infringements:

No enforcers were fired for their secret surveillance of civilians.

No enforcers were fired for enforcing non-existent laws about filming them in public.

Bad as they wanna be.

It’s important to note that the Colorado Police are not civilians.

Just to be clear, this surveillance was conducted by non-civilians.

And, just so no one gets emotional, I have no doubt that there are some Colorado enforcers who would not enforce state gun laws against someone they don’t like. In fact, so far, there have not been many people charged for violating the laws regarding standard capacity magazines.

To learn more about how the Colorado Springs Police Department would use surveillance to monitor those suspected of being in possession of a standard capacity AR15 magazine, call 719-444-7412.

While you are on the phone, ask about the number of Colorado Springs police who are assigned to federal task forces that investigate alleged violations of federal gun laws.

Powers given are ultimately powers abused.

It’s best not to give government employees (especially those who are not civilians) any additional power.

That is not a good situation.

Most people in WY have no idea why a Second Amendment Preservation Act is important and why such an Act is worthless unless it includes a provision to disallow qualified immunity for enforcers who violate the Act.

Rocky Mountain Gun Owners & NAGR – same founders – are fundraising cons. “I tell you what you want to hear, you send me money.” But then so is SAF, which pushed Universal “Background Checks” after Sandy Hook and bans any discussion of immigration as an indirect gun rights issue at GRNC. However, SAF does do good cases, and takes credit for others.

I know a bunch of people who are writing in Amanda Chase. It’s turning into a real movement. She’s the real 2A advocate. We don’t need another RINO.