300 AAC Blackout was launched by Advanced Armament Corp. and Remington primarily for the military as a way to shoot 30 caliber bullets from the M4/AR15 platform while using standard magazines, but is expected to see a lot of use for hunting, plinking, and home defense as well.

The concept of putting a 30-caliber bullet in a shortened 223 case has been done before, but not as an industry-wide standard that anyone can make products for, royalty-free.

SAAMI, the industry standards organization, adopted 300 BLK earlier this year, and it now has broad industry support– with over 60 companies making products for it. Remington is leading the pack with the most types and highest volume of ammo available – 125 grain open-tip match with a custom Sierra bullet, 220 grain subsonic, and 125 grain AccuTip for hunting, law enforcement, and self-defense.

While this is one of the lowest-cost cartridges to reload for – Remington and AAC recognized that most people are not reloaders – so UMC ammo is planned to be out soon with a price of just $12.99 MSRP per box – substantially less than other cartridges that are a power upgrade from 223.

And the use of the cartridge to win the Nationals while qualifying for “Major Power Factor” leaves no doubt about the potential for accuracy and the capability of some major punch.

Robert Silvers, AAC’s Director of Research and Development – and project lead for the platform, explained “People want to hunt with their AR, and 223 may not be legal in their state or they just may not like varmint-sized bullets – now there is a way to shoot 30 caliber from your AR while still using normal magazines with full capacity. Even the bolt stays the same, and all that changes is the barrel.”

Expect to hear a lot more about this cartridge as many more companies announce products at the 2012 Shot Show and throughout next year. 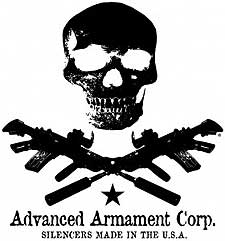 1 Comment
Inline Feedbacks
View all comments
AmmolandTV
View All
Editor’s Pick
Recent Comments
wpDiscuz
We use cookies on our website to give you the most relevant experience by remembering your preferences and repeat visits. By clicking “Accept All”, you consent to the use of ALL the cookies. However, you may visit "Cookie Settings" to provide a controlled consent.
Cookie SettingsAccept All
Read More
Manage consent