BELLEVUE, WA –-(Ammoland.com)- The Firearms Owners Association of Australia (FOAA) has become the latest organization to join forces with the International Association for the Protection of Civilian Arms Rights (IAPCAR ), which now boasts 21 affiliated groups in 12 different nations around the globe.

According to IAPCAR Executive Director Philip Watson, the affiliation of one of Australia’s premier firearm owners’ groups with IAPCAR means there is now representation from every continent.

“IAPCAR’s steady growth over the past two years has been gratifying,” Watson noted, “because it proves that firearms owners from every corner of the world believe in their right to keep and bear arms. Personal security and the defense of one’s home and family are values shared across international borders, regardless of an individual’s background or nationality.”

Alan Gottlieb, chairman of the Citizens Committee for the Right to Keep and Bear Arms, was instrumental in creating IAPCAR, and he was delighted that FOAA is now affiliated.

“We welcome our colleagues from Down Under,” he observed. “Australian gun owners have had unique experiences over the years with firearms regulations and gun prohibitionists, and we can learn a great deal from each other in our effort to protect firearms rights around the world.”

The timing of the announcement is important because this boosts the influence of the international gun rights movement as the United Nations prepares to consider an Arms Trade Treaty in July. IAPCAR strongly opposes such a treaty if it infringes on national sovereignty or individual rights, noted Julianne Versnel, director of operations at the Second Amendment Foundation, which was also instrumental in launching IAPCAR.

About International Association for the Protection of Civilian Arms Rights

The International Association for the Protection of Civilian Arms Rights (www.iapcar.org) is the only worldwide political action group focusing on the human right to keep and bear arms. Founded in 2010, IAPCAR has grown to more than 20 major gun-rights organizations and conducts campaigns designed to inform the public and promote the right of self-defense and gun-ownership. 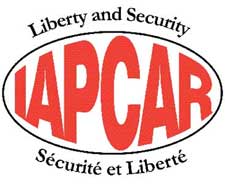