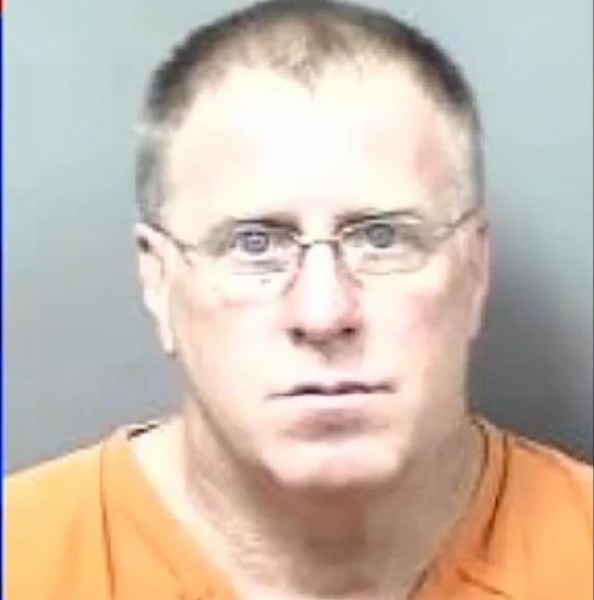 Arizona – -(Ammoland.com)- What you say on 911 is recorded.  It can and will be used against you in a court of law.  My friend and publisher of numerous books on gun laws, Alan Korwin, says that in the vast majority of cases where people involved in self defense scenarios end up in serious legal difficulties, it is what they said on 911 that got them into trouble.  He expounds on this in his book “After You Shoot“.   In a recent case in Florida, both male participants made errors.  One is dead and one has been charged.

I suspect that Robert Doyle is already regretting saying that he would put his gun to the other driver’s head.  If it was not for that statement, I doubt that he would be charged.  The other driver, Candelario Gonzalez, threatened to “whoop his ass” and followed him to his home.   Candelario Gonzalez no longer has regrets in this life.  He is dead. It appears that if Robert Doyle had not mentioned that he was going to put a gun to the other driver’s head if the driver continued to follow him to his home, he would not have been charged. From myfoxtampabay.com:

“I have a truck, there’s some maniac that’s been following me, trying to run me off the road an (expletive). My gun is already out. It’s cocked and locked,” Doyle told the dispatcher.

At almost the exact same time, the wife of 44-year-old Candelario Gonzalez was on the phone with another 911 operator. She indicated her husband was also threatening violence.

“My husband wants to go whoop his (expletive),” he said.

“Well if he does that, he’ll, he’ll go to jail,” the dispatcher responded.

Both callers blame the other driver for acting aggressively.

Doyle’s made at least two more references to his gun.

“They are following me to my house. I’ll be there in 20 seconds and the guns are already out,” he said, later adding, “I’m going home and the gun’s coming out. I’m going to put it to his (expletive) head.”

In the 911 call, Robert Doyle says the driver that is following him and trying to run him off of the road, is driving a truck. In the overhead picture of the scene, the vehicle beside the truck in the driveway may well be a Kia Soul. There appear to be two children at the back of the vehicle. 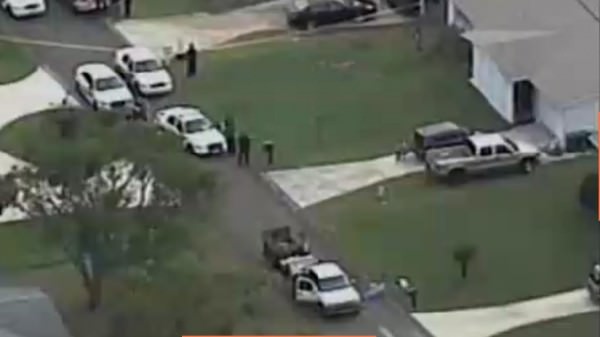 Once home, Robert got out of his Kia with his gun. Candelario confronted him. Robert’s wife, on 911 says “Don’t Shoot! I have 911 on the phone!” Five gunshots are heard immediately after Robert’s wife makes the statement.

When the officers arrive, Robert Doyle’s wife says that Candelario Gonzalez would not leave and charged her husband, which is when Robert Doyle shot him.

Fox 13 reports that an unnamed witness claimed to see Candelario Gonzalez walking back toward his car (truck?) when he was shot. Some reports are saying that Candelario was driving a landscaping truck. That may be the vehicle in the street with the trailer behind it in the middle lower part of the picture.

The police are saying that Robert Doyle is the aggressor, because he told them that he had a gun and was ready to use it.

According to detectives, Doyle then held Gonzalez’s wife, daughter and grandson at gunpoint until deputies arrived. He told them he acted in self-defense.

But detectives don’t believe it and said, based on the words Doyle used in his own 911 call, it appears he was the aggressor and that’s why he’s charged with murder.

“He doesn’t come out and say I’m going to shoot this guy. He said ‘I’ve got my gun out. I’m cocked and locked and ready to go,'” said Capt. Dave DeCarlo, with the Citrus County Sheriff’s Office.

It is hard to think clearly when one is under stress and potentially under attack. Something to consider is that it is a bad idea to lead a potential attacker to your home. I was given this advice about 20 years ago by an officer of the Arizona Department of Public Safety, in a class for CCW instructors.

You do not want a potential perpetrator to know where you live. Having reinforcements at hand to help would be better.

In both of their cases, they said too much to 911.

Are you kidding me how could you defend Doyle ??? He went home to use deadly force shot this guy once then went in to make sure he is dead. We all have road rage and have SAID stupid things … A reasonable person wouldn’t kill anyone else .. You can clearly hear that Doyle is the aggressor bent on killing this man…

He deserves to go to jail for murder. He shot him once in the chest and THREE times in the back. He went home specifically to shoot and kill the other guy. (Yes, the other guy is an IDIOT for following someone to there home in a confrontation), regardless… he did not and should not have died for that mistake. Know the facts before you spew your ignorance and try to further your political agenda.

This sounds like two boys who never grew up, and each had anger management issues.

Silence is golden ! I learned that when I was 9 or 10 ! These days the liberal,progressive,gun-grabbing trash will twist anything you say for it to mean what they want it to mean. ! Silence is golden ! If you have to call 911 make it short and sweet,not getting into any specifics ! Never,ever pull a gun on anyone unless you are going to use it. And you damn sure better make sure you have just cause to use deadly force if you use that weapon,or even display it. I’m a member of Texas Law Shield,and suggest everyone… Read more »

If someone shows up at your house for what ever reason, and you tell them to leave, show your gun and they don’t? I would consider that a threat. Did he need to shoot the guy? I wasn’t there. But I know if I show at another man’s house looking for trouble I better be ready for it. I expect Doyle figured the guy was going back for a gun. Unfortunately, the jury will be instructed to find him guilty as charged. See “Think like a cop” yt channel. A lot is discussed there.

Clark,
Did you just not prejudge Mr. Doyle without all the facts? There is no indication he pulled out and displayed the gun until reaching his own residence. Did someone need to die? I do not know the answer to that, but a jury will have to decide that! You and I will not have a say on that one.

What does the percentage of CCW’s among firefighters have to do with anything? And how do we know Mr. Doyle was not the aggressor? There are two sides to every story. The criminal justice system will, in due time, render a verdict. If Mr. Doyle had not pulled a firearm during a ‘road rage’ incident he would not be in this pickle to begin with.