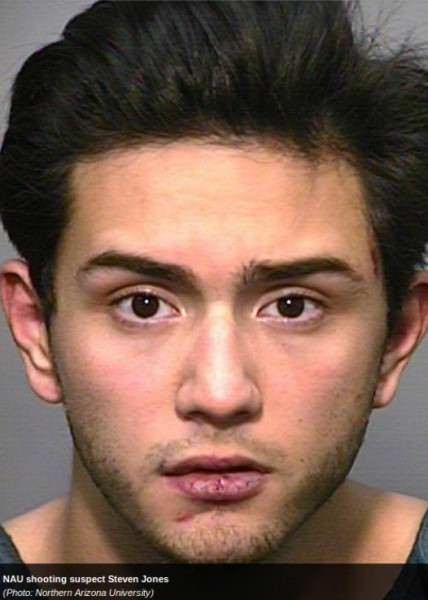 Arizona – -(Ammoland.com)- I have previously written about the Northern Arizona University ‘School Shooting‘ and that it may have been a legitimate case of defense of self and others.    It was clear that the ‘school shooter’ had been attacked, had been pursued, had articulated a fear for his life, had cooperated with the police, and that the people that he shot all belonged to the same fraternity.   In that article, I hoped that toxicology tests had been done for everyone involved.

Blood should have been drawn from Jones and the others involved to determine blood alcohol levels or the presence of other drugs.

The police did their job.  Kudos to the Flagstaff police department and its investigators, or the  Coconino Sheriff’s office.   Marc Victor is a prominent self defense and Second Amendment attorney in Phoenix.  He gives his opinion below.   Here are the results of the toxicology reports, as reported by ktar.com:

The toxicology report showed 18-year-old Steven Jones was found to have no trace of drugs or alcohol in his system when he allegedly shot and killed Colin Brough and wounded three others last month on NAU’s campus. All were found to be legally intoxicated at the time and three, including Brough, tested positive for recent marijuana use.

While Victor stressed there are still a lot of details that are unknown, especially what independent witnesses saw, he feels the sober toxicology report could give Jones a leg to stand on in court.

“The defense now doesn’t really have to say, ‘Look, these other three people are lying,’ they can just say, ‘Look, they were impaired by alcohol and marijuana. Not that they’re lying, they just didn’t perceive the event accurately,’” he said.

If I were on the jury, this would be an important detail for me.  We have an 18-yer-old who has already been beaten, managed to get away, and has been chased by a group of young men, men who all belong to a fraternity, men who he says were shouting that they were going to kill him.  He turns out to have been sober, while all of them turn out to have been drunk and three of the four were also influenced by illegal drugs.

As Marc Victor noted, there are many other details that will come out in this case.

I do not know who the prosecutor in this case is, but Michael J. Lessler is the Chief Deputy Attorney in Coconino County.  He is the prosecutor who was in charge of the infamous Harold Fish case.  Lessler claimed, for example, that Fish’s use of a 10mm and hollowpoint bullet were somehow indications of malice.

An appeals court finally reversed and remanded Fish’s conviction in 2009.  Harold Fish had been in prison for three years.  The Harold Fish prosecution was so over the top, it resulted in the Arizona legislature making three separate changes in Arizona law, to stop the abuses obvious in the case, and to insure that Harold Fish was able to obtain a new trial.

After spending years in prison for what was almost certainly justifiable self defense, Fish was released and the prosecution refused to prosecute the case a second time.

This is the prosecution office that Steve Jones faces.   Hopefully, Jones will have a different prosecutor (although Michael J. Lessler is still in charge) and will face a different judge.
c2014 by Dean Weingarten: Permission to share is granted when this notice is included. Link to Gun Watch