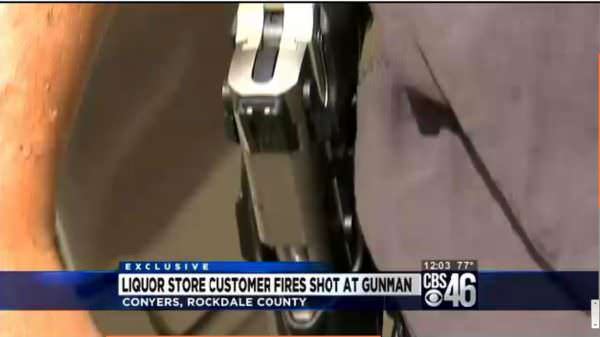 Arizona – -(Ammoland.com)-
The New York Times produced another hit piece on guns, pushing for some sort of general increase in the current infringements on the Second Amendment.  At Reason.com, Brian Doherty did a good job of taking apart much of the bias and ignorance displayed in the article. The Reason.com article is worth reading, and I recommend it.  A fair amount can be summed up in these two paragraphs.  From the nytimes.com:

The findings are dispiriting to anyone hoping for simple legislative fixes to gun violence. In more than half the 130 cases, at least one assailant was already barred by federal law from having a weapon, usually because of a felony conviction, but nonetheless acquired a gun. Including those who lacked the required state or local permits, 64 percent of the shootings involved at least one attacker who violated an existing gun law.

Of the remaining assailants, 40 percent had never had a serious run-in with the law and probably could have bought a gun even in states with the strictest firearm controls. Typically those were men who killed their families and then themselves.

I read the article at the New York Times.  I seldom visit it because of their highly selective rendition of questionable facts, and their obvious pushing of an anti-Second Amendment agenda. Why corrupt the data stream with data from an obviously corrupt source?  But this article was in my area of expertise.

The article referenced three cases that I recognized, cases I have written about. The New York Times mis-characterized or left out important information in all three cases. Color me not surprised.

The Conyers, Georgia case involved an attempted mass shooting that was interrupted by an armed citizen.  The NYT mentions the armed citizen, Todd Scott, but fails to mention that he was openly carrying his firearm.  It is noteworthy, because of their characterization of open carry in another of the three cases.

In the Colorado Springs case, the New York Times mis-characterizes the shooting rampage as someone openly carrying.  A man in the middle of a crime spree was carrying a rifle between two buildings, going in and out.  The NYT claims that police response was delayed 11 minutes because open carry is legal in Colorado.  That is simply false.  The police in Colorado Springs responded as if the call were a burglary in progress.  The New York Times accepted a debunked hypothetical that the police would have responded faster if open carry was illegal in Colorado.  It it highly unlikely.  Criminals who are committing crimes are not the same as citizens openly carrying.  In this case, the lawbreaker was acting suspiciously and carrying a rifle back and forth and in and out of two buildings while carrying gas cans. The actions warranted a burglary call. The police responded appropriately. The NYT focuses on creating the false impression of open carry in this case, but failed to mention that it was an open carrier who stopped the mass killing in the Conyers, Georgia case.

The last case is the shooting that occurred at Northern Arizona University.  It is a claimed case of self-defense.  The New York times left out important information, and emphasized other information to make it appear that the shooting was not justified.  The case is in the courts.  The prosecutors office is notoriously biased against armed self defense, as evidenced from the Harold Fish case.  It is likely the final result will be that a jury finds the shootings justified.  An important fact the NYT conveniently left out: all the attackers were found to have high levels of alcohol in their blood, several had THC (marijuana) traces.  The shooter had no traces of alcohol or drugs in his system.

For decades the NYT has been all in on pushing to neuter or destroy Second Amendment rights.  It is no surprise that their stories reflect this.  We are returning to the era where every media source was known to be partisan, and people accepted that, and took it into account.

Our problem is that most of the old media has come into being and has been granted special legal privileges on the basis that they would be objective and fair reporters of fact.  It has lead to the current crises, where a minority trust what the old media says, but the accumulated power may still be enough to determine who wins this presidential election.

Be skeptical of what you read and hear, and compare a number of sources.  You will come closer to the truth with that approach.

lol since when do they ever get a gun story right. They are the 30 round gun clip that shoots 30000 rounds a second people after all.

Personally, I prefer calling it :
“The New Joke Slimes”
As that FITS all their editorials and “reporters”.

I find english language Pravda to be far more accurate and unbiased then the NYT. I’ve even read important news stories in Pravda I never came across in US lamestreal media….. go figure.

The New York Times is a sham as a credible newspaper. It should be designated the official newspaper of the Democratic Party. It got Mr. Joshua murdered, and I’m sure the death toll doesn’t stop there either, but it wasn’t forced to take responsibility for it so who cares? Ignore it like you would HuffPo or News Week.