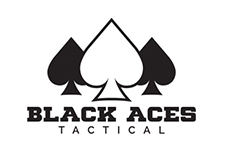 U.S.A. –-(Ammoland.com)- With suppressors, a shooter will have a point of impact shift. Meaning If your grouping is .5″ and 100 yards in the 10 ring, the addition of a suppressor will drop your .5″ grouping a number of inches. This is due to a physical weight being added to the end of the barrel.

This reality is something that suppressor owners must make corrections for when dialing in their optic. Industry standard is 4″ to 6″ drop, with the most important part being the grouping. A suppressor that delivers rounds that are all over the map is no desirable.

Through exhaustive testing, the Black Aces Tactical PoBoy 556 suppressor has shown to keep the point of impact shift to a minimum. Although the industry standard is 4″ to 6″ of drop, the Black Aces Tactical PoBoy suppressor has delivered an impressive 4.5″ of drop. This is due to a baffle design that has the least amount of impact when it comes to bullet twist and rotation as it exits the muzzle.

We also took special care to ensure that we used a standard AR-15 stock wrench pattern to remove the front cap to clean out the interior and baffling after use.

Full auto use. The Po’ Boy suppressor is capable of handling sustained full auto fire on both long 16″ and limited short 12″ barrels.

As we said, this Pro Series 56 Po’Boy suppressor is that it is $199!!! That’s less than the stamp tax!
Through exhaustive testing, the Black Aces Tactical PoBoy 556 suppressor has shown to keep the point of impact shift to a minimum.

Black Aces Tactical is a weapons manufacturing company based in Central Florida that is dedicated to providing the customer an heirloom quality, hand-finished shotgun at a reasonable price.All BAT weapons are made in America and come with a lifetime warranty, and each BAT shotgun receiver, internal, and magazine are custom built and machined. BAT’s expanding line includes nearly two dozen weapons and range in price from $499 to $1,799. The company holds three patents with a fourth pending.If you would like more information about the DT Model and Black Aces Tactical, contact Eric Lemoine at 407-919-9783 or email [email protected]

Sirs,
Wondering if you will expand your suppressor line beyond .5.56?
Thanks

What is the suggestion for cleaning this suppressor? There are some cans that say no cleaning is needed at all ? What about this one ?

Will it fit BOTH a Beretta 9mm (handgun) as well as a Beretta ARX100?

This is almost certainly a case of “you get what you pay for”. Using stainless steel in the interior, the suppressor will not last as long as more expensive ones that use more exotic (i.e. tougher) materials for the first couple baffles. Those take the most beating and need to be tougher than the following baffles. Not a big deal for a .22LR or pistol rounds, but for a rifle round, you’ll be sorry in the long run.

Full auto testing posted on Youtube. It’s plenty tough. A lot was asked of the PoBoy and it delivered.

Great info about point of impact, and clean statistics about Db. However, with no other Db related information, this is a light article, copy/pasted from their page: http://www.blackacestactical.com/_p/prd3/4627009311/product/pro-series-56-po'boy-suppressor Wouldn’t it be better for readers to know what the practical value is of the $ 199 relative to the amount of noise suppressed? I.e. For $ 199 you get the same amount of Db noise suppression that you will in a $ 999 suppressor. How do we know what this means? “134 Db tested with an average of 33 Db reduction on a 16″ barrel AR platform rifle in 5.56″” Is… Read more »

134 is lower middle in the range. A few suppressors are quieter. Quite a few are louder. Testing was completed to Mil Standard 1474D. If you’re interested, Military Arms Channel has completed the same test under the same MilStd using the same meter and microphone. It’s on YouTube under 556 suppressor test. The results put everyone on the same page.