Washington, DC USA – -(Ammoland.com)- After review by the White House and approval by President Trump and under protest from FBI & DOJ, the US House Intelligence Committee memo has been released for you to read in full below. 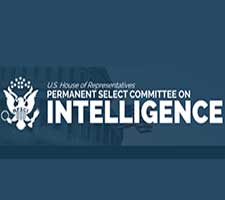 “Having stonewalled Congress’ demands for information for nearly a year, it’s no surprise to see the FBI and DOJ issue spurious objections to allowing the American people to see information related to surveillance abuses at these agencies.”

“The FBI is intimately familiar with ‘material omissions’ with respect to their presentations to both Congress and the courts, and they are welcome to make public, to the greatest extent possible, all the information they have on these abuses. Regardless, it’s clear that top officials used unverified information in a court document to fuel a counter-intelligence investigation during an American political campaign. Once the truth gets out, we can begin taking steps to ensure our intelligence agencies and courts are never misused like this again.”

The sad part is that the left do not even want to look or listen to the facts not make believe. They are brain washed that this is nothing and make excuses. Why did it take the release of this memo before the democrats said they had a memo? Are they making one up as we speak or looking for one that has been filled with the most lies. It is sad the the left can not even understand how much the Obama admin has infringed on there rights also. They cruised don’t release it now it is oh it… Read more »

Some body needs to get off their fat keister and do something about this. If it were private citizens committing these crimes there would be handcuffs, a speedy trial and sent to where they had to pipe sunshine to them. If this passes without jail time we know the republic is in serious trouble and the liberal snakes will laugh their way to the bank with Soro’s money. We have a few congressmen that are fighting for the country but there is so much dead wood that needs to be put out to pasture. McCain reared his ugly head and… Read more »

I was watching a talking heads show this morning. Naturally they are down playing this and blaming Trump. My congressman(Tom Rooney(sent me a copy yesterday. There is no doubt in my mind after reading it that the law was broken from the top down by the demonrats.

The Patriot Act & FISA are the most Un Patriotic,Un Constitutional violations of said Constitution ever foisted on the American people in the name of security. How was it that sage of sages Mr. Franklin put it,oh yes.

“Those who would give up essential Liberty, to purchase a little temporary Safety, deserve neither Liberty nor Safety.” Dr. Franklin

We have heard all of this before..? What if anything is different from before.. Adding this to the point that the Clinton Investigation was intentionally played with Illegally shows that people should be held accountable for using their offices of power and they should be convicted of Crimes against American Interest.. There is a CLEAR SIGN that those within the Democrat Party and other organizations were setting the stage for a TAKE-OVER of the Nation of America by covertly breaking Laws and Manipulating our Electoral Process.. Barack Hussein Obama was elected Illegally and supported by Liberal Socialist for the purpose… Read more »