Based on their track record of proven support for the Second Amendment, Kay Ivey and Steve Marshall have each earned “A” ratings from the NRA-PVF in the June 5, 2018 Republican primary election.

An “A” rating is reserved for a pro-gun lawmaker who has supported the NRA’s position on issues of importance to gun owners.

“During her years in public service, Kay Ivey has unapologetically defended the Second Amendment,” said Chris W. Cox, NRA-PVF chairman. “ Alabamians can trust that Kay Ivey will fight to protect their constitutional right to to self-defense.”

Gov. Ivey has worked to ensure that local governments in the state cannot impose gun control laws in their communities. She also has fought each and every attempt to ban commonly owned firearms and magazines.

In 2014, Ivey supported the Right to Keep and Bear Arms Amendment to Alabama’s Constitution. The measure, which was ultimately adopted, ensures the highest protection possible for that fundamental right.

NRA-PVF is also endorsing Attorney General Steve Marshall for re-election. Marshall has been a strong advocate for the Second Amendment throughout his career in public service.

“Attorney General Marshall is a staunch supporter of our fundamental right to self protection. Alabamians can trust him to defend the Second Amendment,” stated Cox.

As attorney general, Marshall supported efforts to prevent local governments from imposing gun control laws. He also stood strong against efforts to ban commonly owned firearms and magazines. In addition, Marshall filed a strong amicus brief in the U.S. Supreme Court on behalf of Alabama and 25 states, arguing that a ban on carrying a handgun outside the home for self-defense is unconstitutional.

Both Ivey and Marshall believe hunting is a valuable tool for wildlife management and conservation. They have both rejected expanded licensing and registration schemes and so-called “universal” background checks, which require federal government approval for transferring firearms between lifelong friends and family members.

“We can count on Kay Ivey and Steve Marshall to stand up for our constitutional freedoms in Alabama,” concluded Cox. “On behalf of the NRA’s nearly six million members, I want to thank Kay and Steve for their steadfast support of the Second Amendment and urge all NRA members, gun owners and sportsmen in Alabama to vote Kay Ivey for governor and Steve Marshall for attorney general in the Republican primary election on June 5, 2018.” 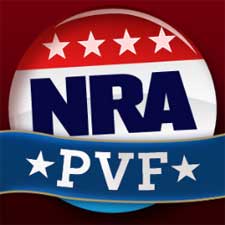 Established in 1871, the National Rifle Association is America’s oldest civil rights and sportsmen’s group. More than five million members strong, NRA continues to uphold the Second Amendment and advocates enforcement of existing laws against violent offenders to reduce crime. The Association remains the nation’s leader in firearm education and training for law-abiding gun owners, law enforcement and the armed services. Be sure to follow the NRA on Facebook at NRA on Facebook and Twitter @NRA. Visit: www.nra.org

Luther Strange and now Steve Marshall, both beneficiaries of the Alabama Governor Bentley scandal. This has Business Council and RINO “swamp” written all over it. Marshall is slow to reel in towns that violate Alabama’s Pre-emption law with “home cooked” local gun control. I’m a Life NRA Member and am done giving money to ILA-PVA till they stop endorsing Pro-2d Amendment candidates against other pro-2d Amendment candidates.